I mentioned in yesterday’s post that Cyrille and I were heading across to Lausanne to host an AR Meetup. It’s our third Meetup for this particular group: the first was in the Autodesk office in Neuchatel, while the second and third have been held at the excellent Studio Banana. This one was really fun: between Cyrille and I we had three HoloLens devices for people to try, which made for a really interesting event.

Cyrille kicked off proceedings with a discussion of AR and VR in general, and where things stand right now.

Key Kawamura – from Studio Banana – talked about their BATBAND project. BATBAND is a bone induction headset that was successfully funded on Kickstarter and will be shipping very soon. It was fun to see how the project was initiated – and has evolved – and how it fits nicely within the AR theme: bone induction devices allow you to add an audible (rather than visual) overlay to reality, as they don’t block normal sound from reaching your ears. 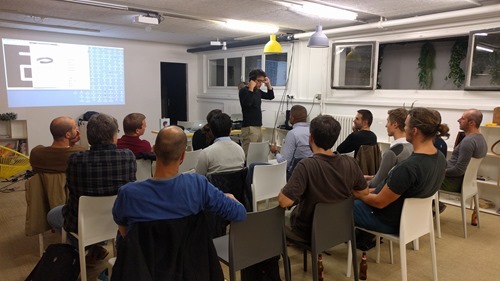 Both Cyrille and I then talked about our various activities related to HoloLens: I talked about my Dancing Robot, Transformer and HoloGuide projects, which Cyrille shared information about the work he’s done on MoCap playback. 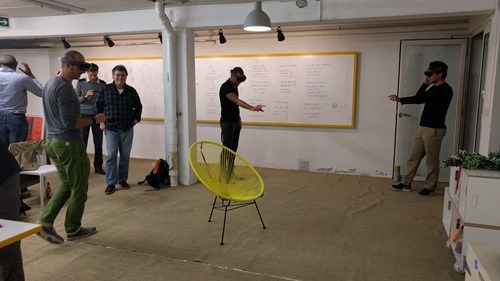 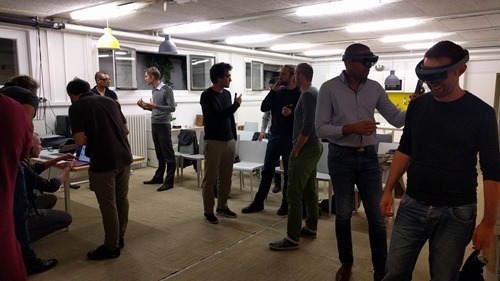 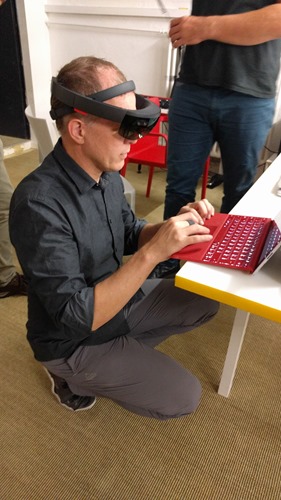 ... so people could (for instance) wear a MoCap glove and see how it can drive the animation of rigged characters inside HoloLens in realtime. 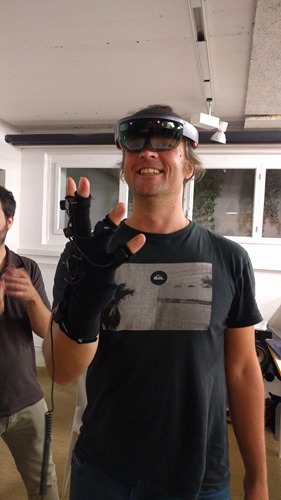 This could be a game-changer for virtual filmmaking (pioneered by James Cameron for Avatar). Especially when you consider that the Perception Neuron MoCap system that Cyrille showed costs around $1,000. Cyrille is going to record a video showing the results of his MoCap system driving HoloLens models in realtime, which I’ll be sure to share here.