I’m supposed to be off work, this week, so aside from a small amount of HoloLens-related fun, I’ve actually been stuck up a ladder, sanding and painting some of my home’s woodwork. This has left my younger kids (who are now 7 and 9 years old) ample time to stress-test HoloLens, which has led to some fascinating results. I should say that I gave them very little instruction on how to use HoloLens: I showed the air-tap and bloom gestures, but that was about it. I didn’t bother recalibrating the device for little fingers, either.

When I finally put the HoloLens back on, this morning, here’s some of what I discovered at various locations around the house… 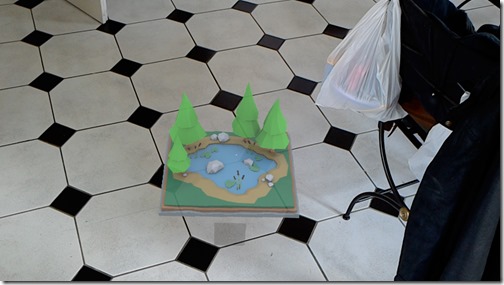 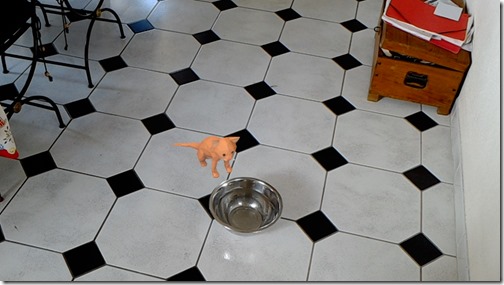 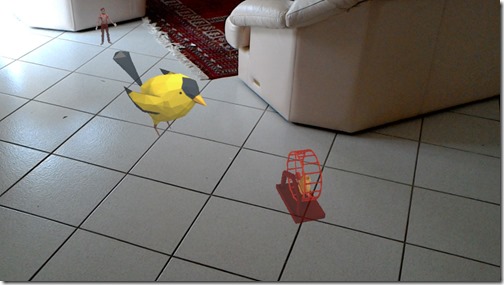 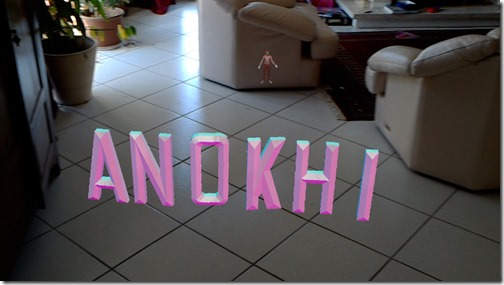 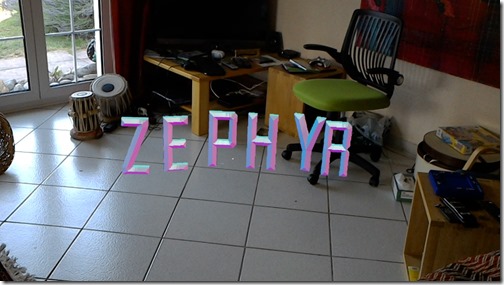 After taking these pictures, I pinned the “photo app” and took a picture of that, too. 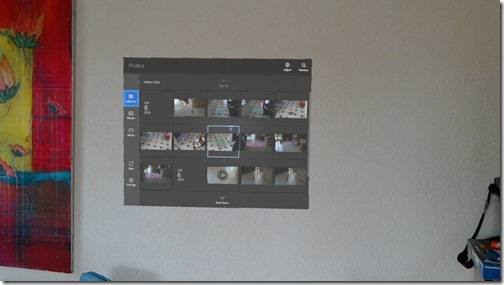 The only significant issue I found when using HoloLens was when attempting to re-record the demo video I showed in the last post, this time with the robot properly aligned with the ground. When I tried to stop the recording, Cortana didn’t pay attention, but my resulting efforts – and the corresponding frustration – are pretty funny. Scrub forward to the 25-second mark if you’re not interested in the demo itself.