The 2016 Tour de France passed within a few hundred metres of my home, this afternoon. It comes to Switzerland every so often – I’m guessing at every 5-6 years, on average – but it’s the first time I’ve had the chance to see it here.

We made an afternoon of it: with some friends we headed over to a good spot in plenty of time for the kids to decorate the road with some pavement chalk. 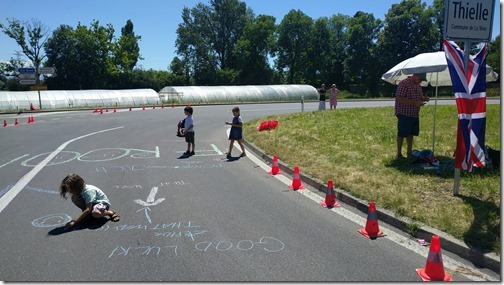 We then waited around for the bicycles to show up. The sponsors’ caravan came first and the kids had plenty of fun collecting goodies from the various 2016 Tour sponsors.

A little later the first cyclists appeared, a couple of the Etixx-Quick Step team on a breakaway. 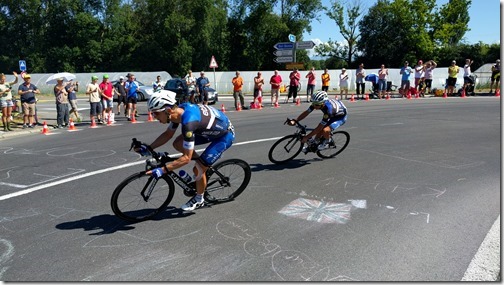 The main group followed very shortly after. Here’s the minute or so of intense activity before we called it a day.

We’ve popped back to our friends’ home, where they’re hosting a post-Tour (or at least a post-Stage 16) barbeque. Here are some special Tour cupcakes they prepared for the occasion (they’ve recently started making cake toppers commercially, in case anyone’s interested in getting some custom – and edible! – cake designs printed for a party). 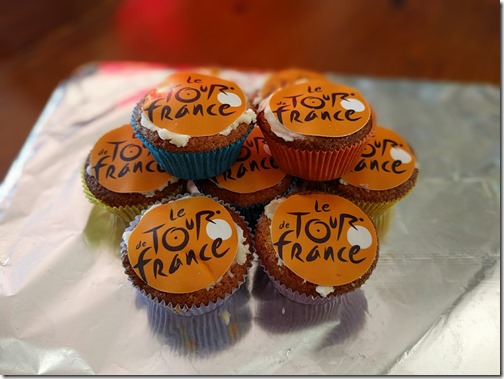