Second day at the Forge DevCon

With such a great first day at the Forge DevCon, how would the second (and final) day compare? Here it is, in pictures. :-)

As for the first day, Jim Quanci, my long-time friend and former boss, acted as Master of Ceremonies. The first external presenter was Chris Anderson – who I mentioned yesterday. Chris is a very entertaining presenter, and talked about the evolution of the UAV industry. I love Chris’s vision for how drones should evolve: it aligns perfectly with mine. 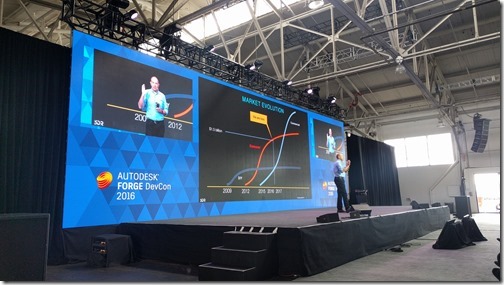 I was very happy to see Thiago da Costa speaking next. Thiago was co-founder of Lagoa, a company we acquired a few years ago. Thiago and his team are working on next-generation capabilities for the Forge platform. We heard about how we’ll be moving from bounded, low-frequency data (files) to unbounded, high-frequency data. Exciting stuff! 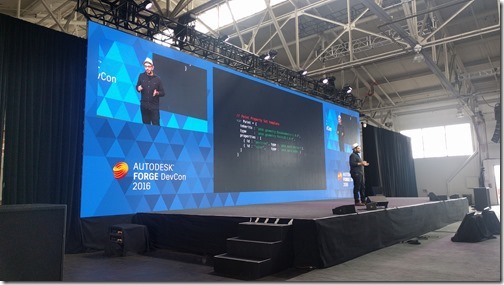 Something we often take for granted at Autodesk is our access to the company’s executives. It’s common for employees to be able to ask questions of (for instance) Carl Bass and Amar Hanspal at casual, internal meetings, and it’s great to see this style of Q&A being opened up to external folk at the DevCon. 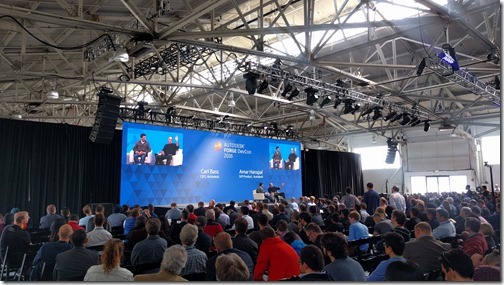 I took a quick snap of some of the work going on “behind the curtain” (well, the enormous mainstage LED display). 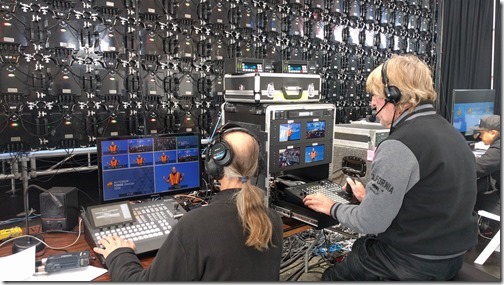 The first of the VR-related sessions (again, these are the ones I was coordinating for the event) was by Tracy McSheery from PhaseSpace. What’s interesting to me about PhaseSpace is that this is a company that’s effectively monetising their work in VR (particularly in the fields of virtual training but also entertainment) today. Not many companies are able to make that claim, at least not yet. 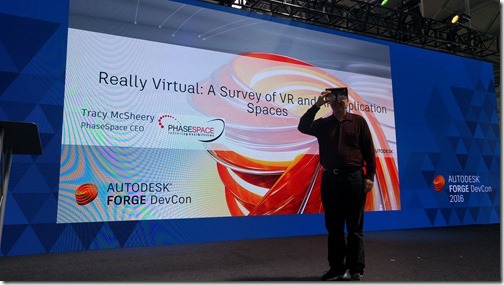 The exhibit hall stayed busy on the second day, too. Merten, Hans & Joel manned the stand between them from dawn till dusk: I’m really grateful for all the work they put in to make it a success. 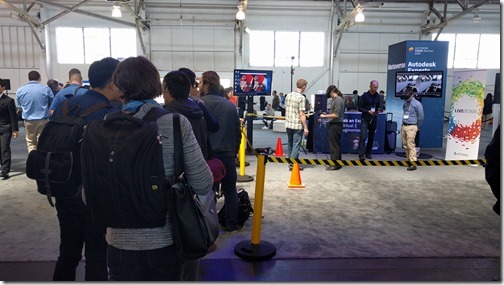 The second VR session of the day was by Michael Beale. Michael worked on the stereo rendering API before his current role on the Forge Viewer team, and he talked about how you can take stereo renderings from the site and build a connected VR experience using A-Frame, much as I did in my series of posts targeting krpano. This is *really* interesting, and certainly something I’m going to cover in a follow-up series of posts. Watch this space! 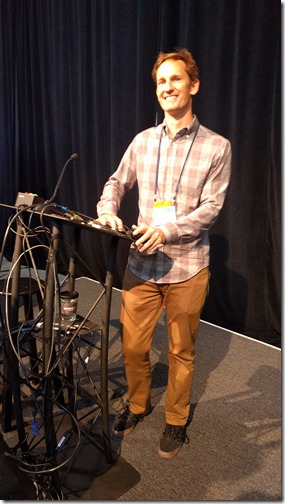 I was co-presenting a session at the same time as Michael’s, and so unfortunately couldn’t stay around for it (Michael had already presented it to me on Monday already, though, so I knew it’d be great). My session was on “Autodesk Research and IoT” – the main presenter being my team-mate Alex Tessier, who talked about all the work that’s been done on Project Dasher, Data 360 and now Dasher 360. 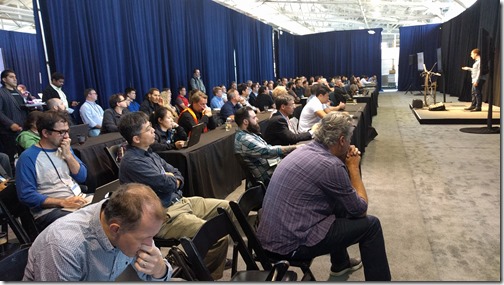 The final presenter of the day – for my VR track, anyway – was Dona Sarkar from Microsoft. Dona’s flight from Seattle was delayed, so she arrived “like a diva” (her words, not mine :-) about 15 minutes before the session started. She’s a pro, though, and delivered a highly engaging class on developing for HoloLens. “You Had Me at HoloWorld”: love it. :-) The DevCon event wrapped up with various Meetups, such as SFVR and WebVR. A nice way to finish up this inaugural Forge DevCon. It was really a fantastic event – I can’t wait until next year!