First day at the Forge DevCon

It was an amazing, whirlwind first day at the first ever Forge DevCon. I was there at 7am to put the finishing touches on the very cool Autodesk VR experience in the exhibit hall. The day’s session kicked off with a keynote by Amar Hanspal and a number of other great presenters. I was really pleased with how our VR stand came together. Merten Stroetzel and Hans Kellner – colleagues in the Office of the CTO – provided their deep technical expertise, while JJ Stott and Clementine Joly did an amazing job with their demos. Here’s the crew getting settled in. 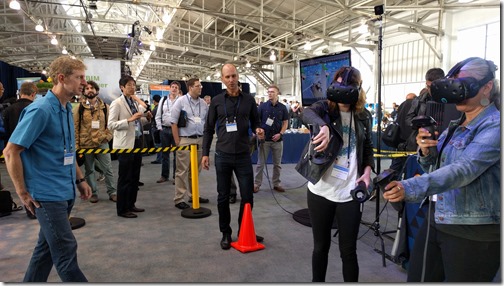 A highlight was showing the experience to Chris Anderson. While chatting, Chris had expressed some skepticism about the value of VR, so I suggested giving it a try. 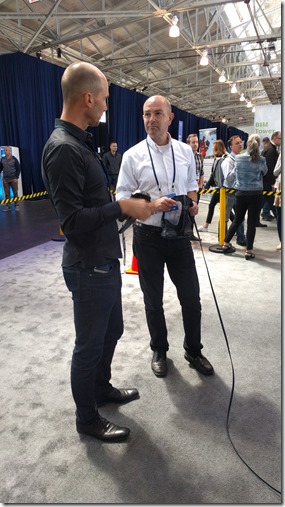 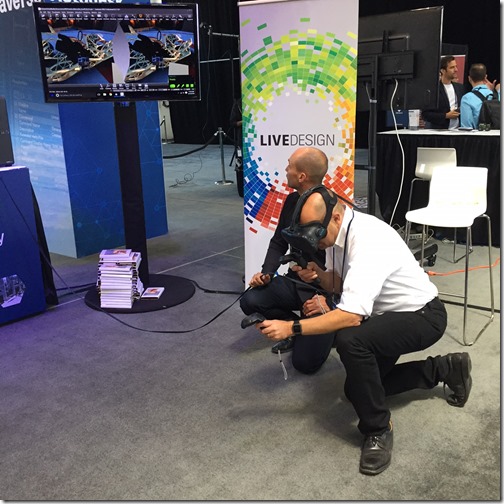 Everyone who tried the high-end VRED demo came away “getting it”, Chris included. Which was really cool.

Aside from the expo presence, I also helped by coordinating the VR speaker track. The track kicked off with the awesome Josh Carpenter, formerly from Mozilla and now from Google, who shared his insights on user experience (UX) design for VR. 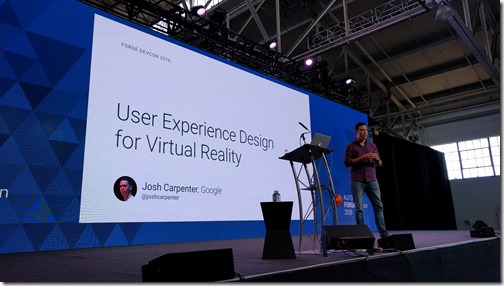 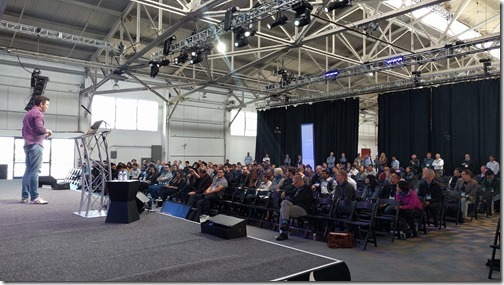 Next up was Joel Pennington, who talked to us about Autodesk’s exciting new LIVE Design experience, which is going to massively simplify the task of taking CAD and BIM content to interactive game engines such as Stingray. 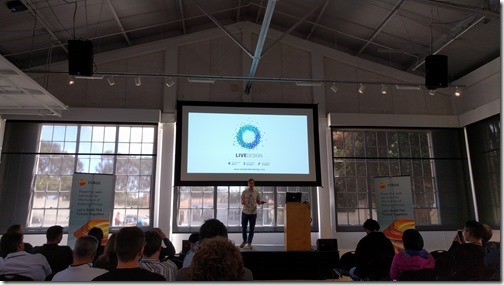 Then it was my turn: I talked about using the Forge Viewer to implement collaborative, mobile VR. It was really fun: we did a really large-scale demo, where the whole room joined (or tried to, anyway) a curated VR experience. 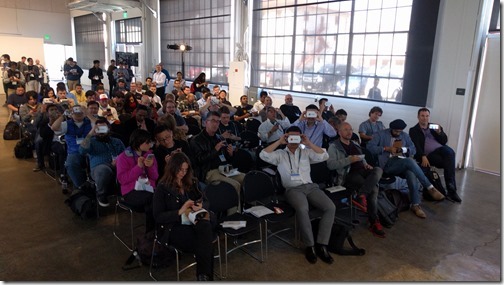 Finishing up the day’s VR talks was Tony Parisi. Tony’s the closest thing we have to a VR rockstar, and educated everyone on the benefits of WebVR (something I’m 100% behind). 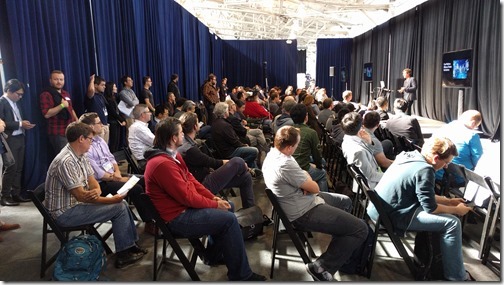 Then it was off to the 2nd annual 3D Web Fest. This was an absolutely amazing event… I thoroughly enjoyed it from beginning to end. The creativity on display was simply awesome. 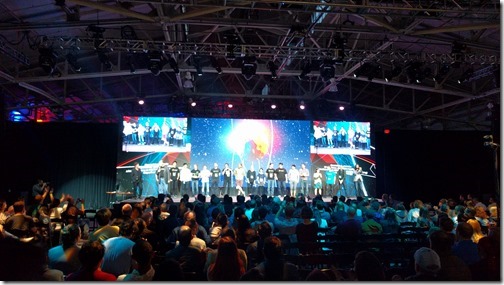 That’s it for this quick round-up of the first day of the first ever Forge DevCon. In the end 1,000 people badged in on this first day, which is really fantastic. Onwards to day two!