At the Autodesk Technical Summit 2016

So far it’s been a great few days in Montreal at this year’s Autodesk Tech Summit. The event just keeps getting bigger: we’re now up to 750 attendees over a 3-day conference with around 150 speakers. 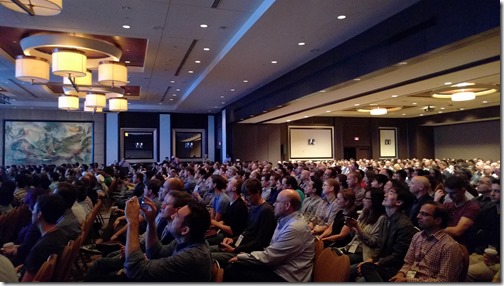 I spoke on the first day about using the View & Data API to enable VR – something I’ll be talking about again at the Forge DevCon, for external attendees. I’m happy with how the session went – it was a fun crowd. Here’s a selfie posted by a couple of people who came along… 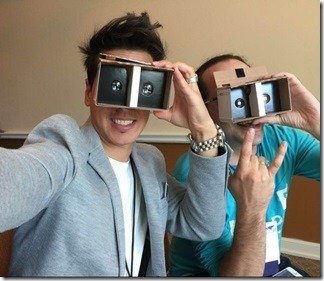 The rest of the day was spent in other people’s sessions, whether on Generative Design, micro-service architectures or mobile rendering engines. All very interesting and worthwhile. 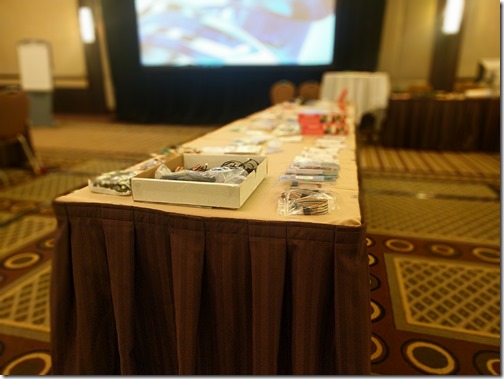 The second day of the conference was spent at the IoT Hackday, which my team hosted. I’d put together a simple custom Dynamo node that connects Dynamo Studio to our IoT back-end (I talked about this last week), so I spent some time demoing that and supporting people integrating it into their projects. It was gratifying to see a number of the teams using it – including “Mr. Dynamo” himself, Ian Keough. 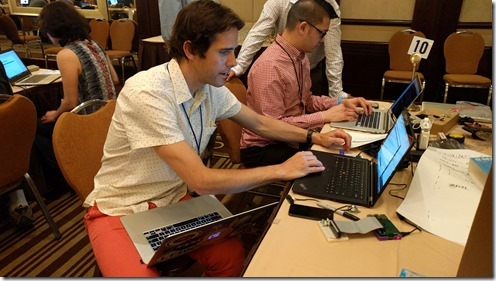 There were some great projects: many used Node-RED on the front-end to trigger actions based on the sensor data streaming in via a Raspberry Pi, feeding our back-end with historical data that could be picked up and used in a geometric Dynamo model. And do important things as send messages to Slack, of course.