This is cool: yesterday President Barack Obama – on what is likely to be his last visit as POTUS to Germany – visited the Autodesk stand at the Hannover Messe (the largest industrial trade show in the world) alongside German Chancellor Angela Merkel.

Here’s a picture of them meeting with Autodesk’s Roland Zelles and para-cycling world champion, Denise Schindler: 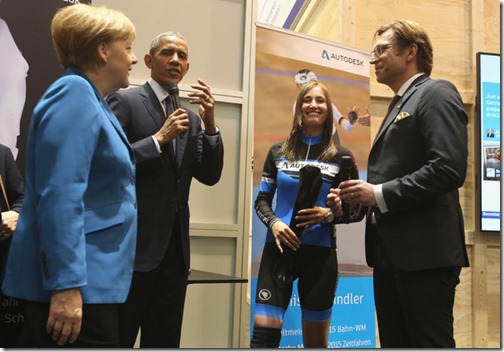 Here’s another shot, this time via the Twitter feed of Autodesk France: 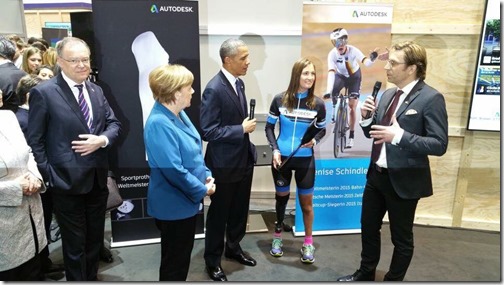