As mentioned a few weeks ago, over the Easter school break I headed across with my family to Cuba. Cuba’s really an interesting country. I could probably write weeks of posts about it, but I’ll try to keep it brief and move onto other topics. 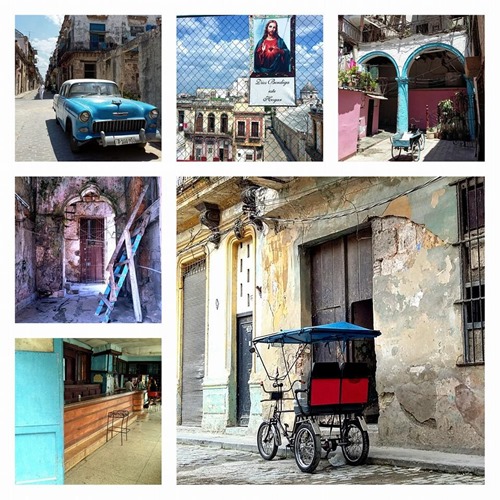 We visited two parts of Cuba during our fortnight there: Havana, the capital, and Cayo Largo del Sur, an island off the south coast.

While in Havana we stayed at a “casa particular” in the old part of the city. Old Havana is as run down as the images you’ve probably seen of it, even if you regularly see renovations in progress as outside investment enters the country.

Here’s a panorama I took from the top of the place where we stayed:

The view in the other direction was a bit nicer, admittedly. 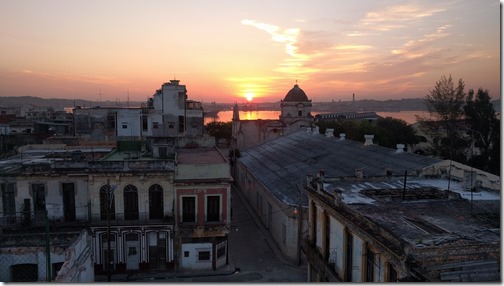 I’m really glad we stayed in Old Havana, rather than in a more upscale hotel elsewhere: we were there for the Easter weekend, which meant many local children were playing in the street and my daughter, in particular, made friends immediately. And we certainly experienced more of life in Havana than we would otherwise have. 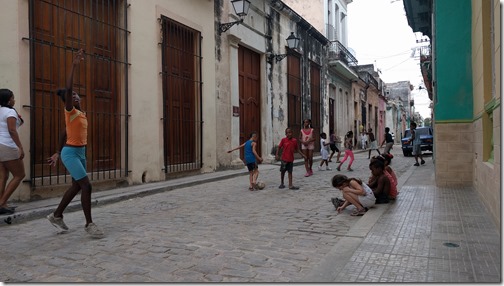 The Cuban people we met mostly didn’t have access to much by way of resources, and yet seemed genuinely happy. This is something we saw when living in India – the disconnect between happiness and material possessions – but Cuba differs significantly from India in the fact that you’re not always confronted with extremes of wealth and poverty. This is, of course, due to restrictions in private ownership, etc., but I do find the egalitarian aspect appealing (without necessarily analysing root causes more deeply).

Another nice thing about Havana is the near-complete lack of advertising: you’re not bombarded with imagery wherever you go. Which is also due to government control, of course, but hey. While you see entrepreneurs running small shops – whether targeting tourists or the local population – there are also state-run shops: we entered one to buy a bottle of water and asked a women  behind a counter doing absolutely nothing whether she could get a bottle for us from the fridge… apparently not: her colleague – who presumably handles beverages – was out for lunch and it wasn’t her job to help us. So we left without being able to get water. A lack of commercialism does have its downsides, too!

Cuba is clearly about to go through a transition: the US trade embargo has hopefully finally run its course, even if it’s still very much in evidence, for now. Many Cubans clearly have a thirst for external goods: many times we were confronted with the fact that lots of products just aren’t available there. You’ll often see Chinese products, such as Yutong buses and Frestech fridges, but people want access to more.

One clearly visible effect of the embargo is of course the incredible cars on the streets. American classics – in particular – that you won’t find in such concentrations anywhere else in the world. Many, at this stage, just have the original bodywork – the engines have often been changed or are held together with duct tape and bailing wire – but they’re beautiful, nonetheless. 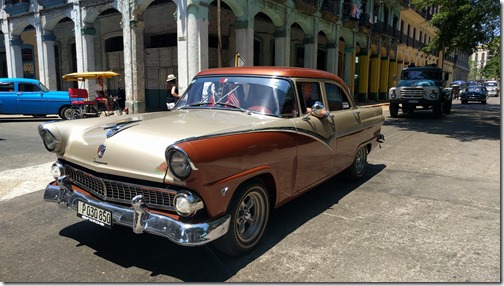 Accessing the Internet is still a challenge in Cuba: you can buy access cards for about $2 per hour that allow you to connect via wireless access points around the city. These are mostly at the larger hotels, and you can go past a one and know exactly where the access point is located by the grouping of the young people outside, trying their best to get a stable connection.

Here’s me on the fringes of one such group. I soon realised that paying for a drink and sitting under the access point in the air-conditioned bar was a much better option. 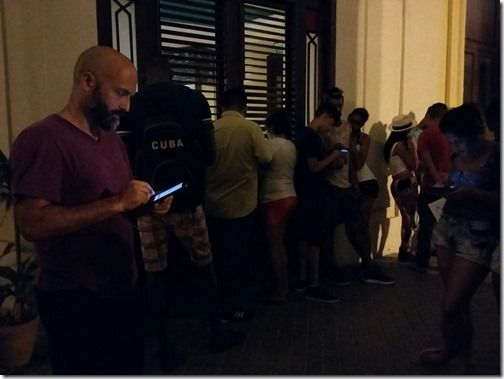 I used these cards while in Havana and Cayo Largo, and found that I could access Twitter, LinkedIn and Facebook (and my blog), but couldn’t get access to my work email (Gmail worked fine, though). I have no idea whether it was because I work for a US company or that the required tunneling protocol was blocked, but frankly it wasn’t a bad thing. Other than the fact I had 1,700+ emails to read when I got home...

To get across to Cayo Largo, we took an internal flight from a tiny, secondary airport in Havana. The plane was an Antonov An-26. 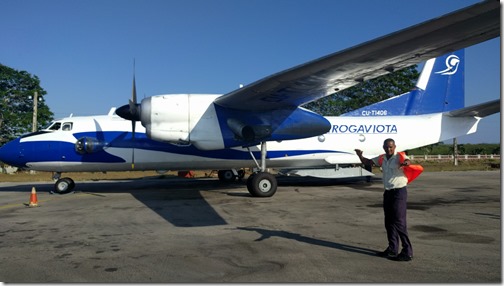 You entered via door in the very rear of the plane and only had a window if you happened to be in rows 1, 6 or 8 (of 10). Not a great plane for claustrophobes, I can tell you! 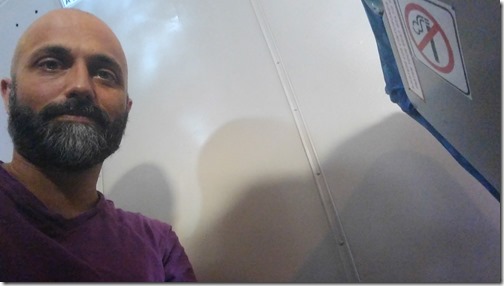 I won’t say much more about Cayo Largo. It was nice enough, but it wasn’t really Cuba: we stayed 10 days at a resort that could have been pretty much anywhere in the world. Well, anywhere with gorgeous beaches, but you know what I mean… 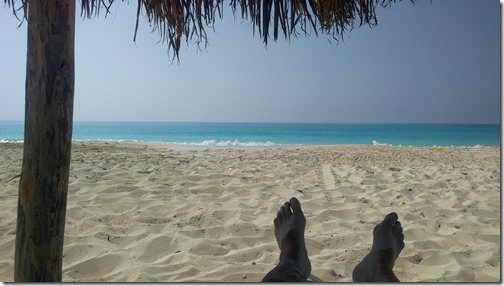 I’m ultimately more interested in connecting with local people than sitting on a beach sipping mojitos. Well, OK, I did some of that, too. :-)

Not everything was perfect, though. We had our share of minor mishaps: stolen snorkelling equipment, some sunburn, an ear infection, and on our last day in Cuba, I woke up in Havana with an unidentifiable insect bite on my chest. By the time we were back home in Switzerland, it had become infected. I’ve now been to the local hospital 3 times in the last 4 days: at this stage the worst should be over (but I’ll get the test results on Thursday, so we’ll see). I’m not actually meant to be working, but then I’m not really writing about work, right?

Overall the trip was just great. Cuba’s an incredible place, and I’m glad we had the chance to visit it now. I’m very interested to see how things evolve for the Cuban people over the coming few years. As with any major transition, I expect some things will change for the better, while others unfortunately change for the worse. In any case I’d love the opportunity to go back there!