« Stoking the Forge | Main | Creating extensions for the Autodesk viewer »

Some quick updates to round off the week…

Firstly, a couple of “calls for proposals” have just gone out.

Autodesk University 2016 is once again being held in Las Vegas, but this year it’ll be earlier than usual: rather than being held right after Thanksgiving, it’s now the week before, from November 15-17, 2016. This is going to be a welcome change for all US-based presenters, in that they can deliver their classes at AU and then take a well-deserved Thanksgiving break rather than spending it making last-minute changes to their slide decks and demos. If you’re interested in presenting at this year’s event, you can submit your class proposals before May 27. I’m expecting to present on a couple of topics, this year, most probably VR and IoT. Watch this space for the specifics.

The next Forge Accelerator in SF is being held the week after the Forge DevCon, which is great for people who want to attend both the DevCon and the Accelerator. If you’re interested in participating, submit your application proposal here (you can find additional details on the Cloud & Mobile DevBlog). May the Forge be with you for two whole weeks!

Secondly, after having visited ETH Zurich a couple of times already this year, I’ve just spent the best part of today on the campus of its sister university: EPFL. On arriving at EPFL, the first order of business was to have a coffee in the impressive Rolex Building: 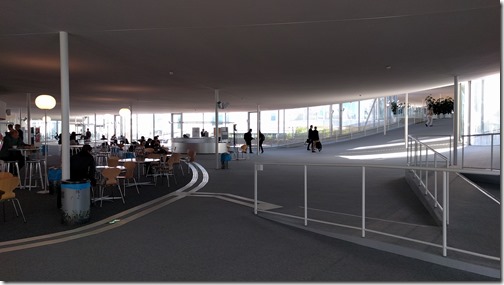 Wandering through the campus, I also noticed some street art by Leon Keer. (I couldn’t take the picture from the “sweet spot” as it was fenced off for some construction work.) 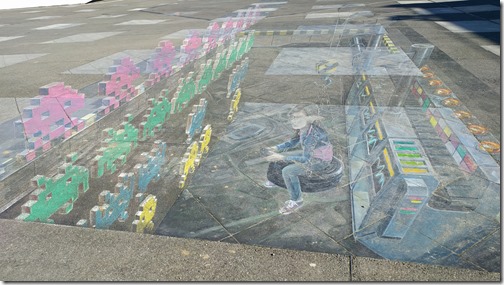 Some of you may remember that I met Leon in the UK back in 2012, and was inspired by his work to see whether AutoCAD could be used to do something similar.

My main purpose for being at EPFL was to meet with Bogdan Lazar and his colleagues at SkeletonCAD. Bogdan had come along to my recent Tech Talk in the Neuchatel office, and had suggested meeting with the SkeletonCAD team in Lausanne. It’s a really interesting project: rather than using boundary representations it’s based on medial axis modeling, which apparently has advantages when running simulations and performing topological analyses. I’m looking forward to seeing where it goes.

Talking about my Swiss Tech Talk, here’s a quick 360-degree video I just received from the organisers. For best results load this link on your smartphone (it’s even better with Google Cardboard). Feel free to enjoy the music, but please don’t listen too carefully to what I’m saying. You’re much better off hearing it directly from Jeff Kowalski.