There’s a lot of developer-oriented fun coming up over the coming weeks/months. The ADN team’s DevDays tour kicks off in Beijing in a few days, with the largest single event taking place – as usual – the day before AU 2015 in Las Vegas. I’ll be there for that, of course, but I’ve also booked my travel to be in Munich for the main European DevDay + Accelerator during the week of January 18-22, 2016. I’m very much looking forward to spending some more “quality time” with developers from across Europe – it should be a lot of fun (aside from I’m sure being very productive, too).

You should also expect some other, exciting, developer-related news over the coming weeks… I’ve been asked to help organise an event that’s happening in the middle of next year. I can’t go into specifics, just yet, but my involvement relates to a particular passion of mine, and the event itself will have a much broader focus than that. More on this soon… 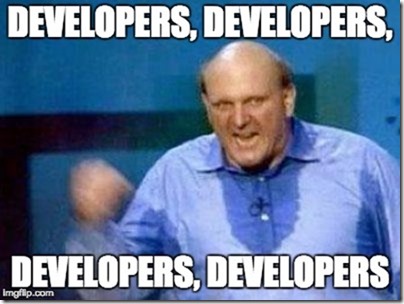 (* It should be noted that I can’t guarantee this will actually happen, although you never know, given enough votes... :-)