It was 20 years ago today 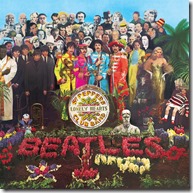 Tomorrow marks the 20th anniversary of the day I joined Autodesk. I know: it’s tomorrow, not today, but then you really can’t beat good Beatles lyrics (and it hopefully helps reset the cosmic balance after quoting an Olivia Newton John song in the title of the last post ;-). I already used this title – somewhat prematurely – 5 years ago, but hey.

As I’m feeling a touch nostalgic, here’s a BBC video about computer graphics & animation – and even CAD! – from 1983: it was around this time I first became interested in computers. I recommend watching this episode through to the end – there are some real treats!

If you’re interested in the complete series, here it is (the one above is episode 9):

While some of the concepts look a bit rudimentary, by today’s standards, the “Making the Most of the Micro” series – and others like it, at the time – helped launch the software industry. Fascinating stuff.