It’s that time again! Over the coming days you’re going to be hearing lots about the next release of AutoCAD, codenamed “Maestro”. 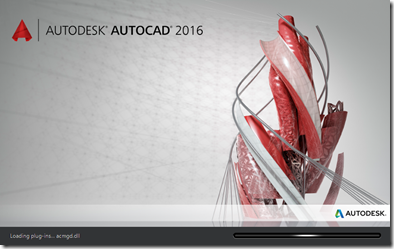 Before taking a look at AutoCAD 2016 from a developer’s perspective – which we’ll do next time – in this post we’re going to take a quick look at its user features.

Here’s a quick run-down of the main new features…

A new object snap mode – geometric center, or GCE at the command-line – allows you to snap to the center of closed polylines, whether regular (such as the ones shown below) or irregular.

The REVCLOUD command has some new options: you can easily create rectangular or polygonal revision clouds, for instance, as well as modify them afterwards.

The DIM command now infers the kind of dimension you want to create as you hover over/select geometry.

You’ll also see enhancements around wrapping of long dimension text in this release.

This feature is intended for users to make sure they don’t have impolite apps or scripts running that don’t reset sysvars to their previous settings when they’ve finished what they’re doing. But this is also likely to be a very handy debugging tool for application developers to identify when their applications are misbehaving in this respect. 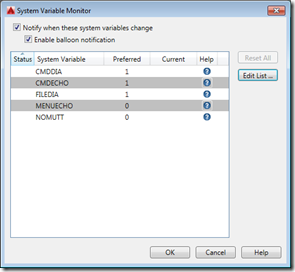 Those of you with capable graphics cards will see some nice improvements in terms of the display of curves in AutoCAD 2016. We’ve gone beyond the line-smoothing work in 2015 to make greater use of the GPU for elaboration of curves and line-weights. 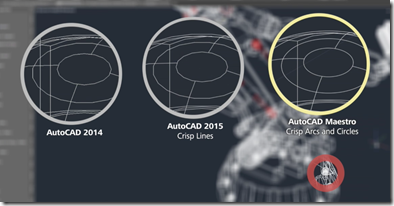 You can now attach Navisworks and BIM360 models (.NWC, .NWD) directly into AutoCAD using the new CMATTACH command, allowing you to model within and around them. The “BIM underlay” feature team did a great job delivering the ability to attach large models with very good performance. 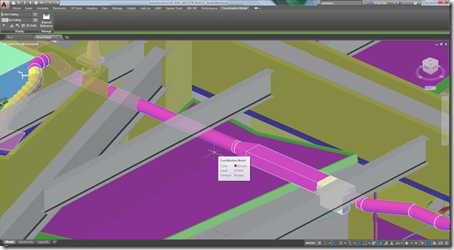 Fans of Reality Computing are really going to like AutoCAD’s new 2D floorplan extraction: it’s great to see some point cloud feature extraction capabilities being introduced in the product. The SECTIONPLANE command has been updated to generate the new “slice” section which works with point cloud objects. You can then use the PCEXTRACTSECTION command to generate geometry based on this slice through the point cloud: 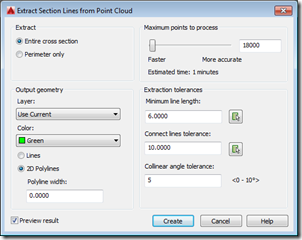 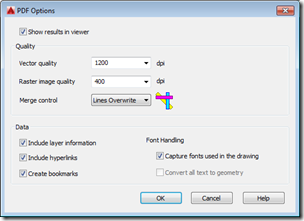 It’s definitely worth taking another look at AutoCAD’s PDF support if you haven’t in a while.

A lot of work has been done on rendering, in this release. We’ve simplified the options available – creating a number of handy presets, such as “Coffee-Break Quality” :-) – and introduced image-based lighting. Many of these enhancements relate to our integration of Autodesk’s RapidRT engine into AutoCAD. 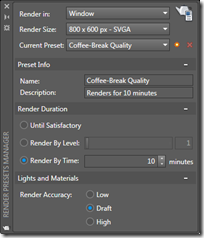 The very handy “UI finder” capability that is built into our user documentation has been extended to find pretty much anything in AutoCAD’s UI, including entries on the app menu and the status bar.

That's it for this non-exhaustive look at AutoCAD 2016’s new features. Next time we’ll focus more on what the release brings for developers.