The Memento product got some well-deserved airtime at Autodesk University 2014: it had prominent mentions during both the opening and closing keynotes. 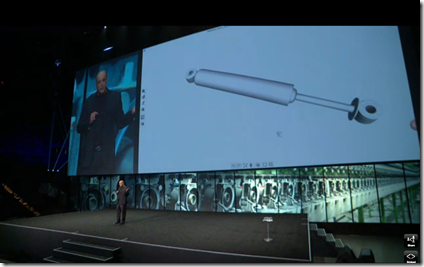 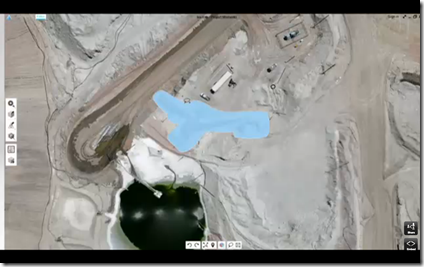 A new version has now been pushed live to Autodesk Labs and comes with some really useful enhancements. Full details can be found on Scott’s blog.

I’ll start by talking about three enhancements I made use of for a specific project. My goal was to take some OBJ files – which had previously been generated from photos and exported by Memento – and set the coordinate system correctly for viewing in A360. Well, for use with the View & Data API, which is the way you can embed the A360 viewer in your own apps. (The actual goal was to get a couple of lightweight OBJ models into the Google Cardboard samples we’ve talked about in a number of recent posts, by way of the View & Data API.)

The first OBJ I wanted to manipulate was created from photos taken by Daniel Du from the ADN team in Beijing. The 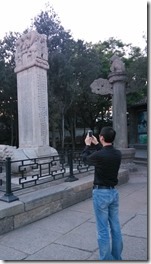 problem with the generated OBJ was that the up direction was set to something the A360 viewer didn’t like. I’ve been told our photo-generated models are “Z up” – rather than A360’s preferred “Y up” – but my personal experience has been a bit different: we have some models – such as the Steampunked Morgan 3 Wheeler – which are “Z up”, but the same code didn’t work on these OBJ models at all. I have a feeling they are “X up”, but then it’s also possible something else is getting in the way.

The first enhancement I took advantage of in Memento was gimbal navigation. Three spherical axes appeared when in orbit mode, which certainly made it easier to rotate the view in a controlled way. 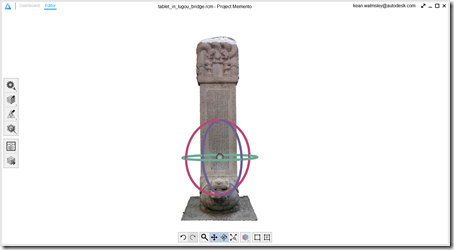 The next enhancement I needed – in particular, given my goal – was set coordinate system. I wanted to set the model to “Y up”, so that it would work with my viewer apps. This was a little counter-intuitive to me – although admittedly this feature’s goal is to make this intuitive for non-CAD people – as I had to set the view to have the actual up direction aligned with the Y axis before setting the coordinate system as such. Which meant I had to be looking upwards at the base of the column for this to work properly. I know the Memento team is iterating quickly on this, so it may be that it ends up changing: the main thing is that I was able to fix the model to meet my needs.

If you’re interested in checking the results, I included new “Column” and “Tablet” models in the Google Cardboard samples. They look great. 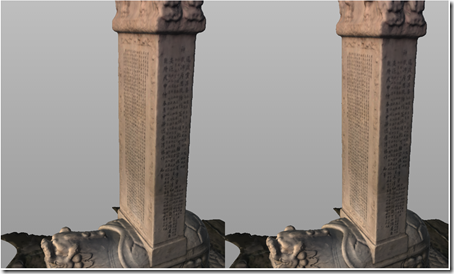 Just for fun, I used the new video output feature to create an AVI of the column model being rotated.


Besides these three enhancements there are some really cool new capabilities in this release: diff analysis allows you to compare two meshes. Really useful if tracking progress (or deterioration) over time or performing as-built analysis against a CAD model.

3D scanner support has also taken a few steps forward (even if it’s still a work in progress). Artec’s Spider scanner is now supported, alongside the previously supported Eva, and you can now perform a capture using multiple sweeps of the scanner, too.

All in all a very interesting release from the Memento team. As ever, be sure to let us know your feedback via the Labs feedback mechanism, so that we can keep making enhancements that meet your needs.