Autodesk University 2014 ended really well on Thursday. Despite me nearly showing up late for my final speaking engagement (I somehow had it in my head that it started at 1:30pm rather than 1:00pm – thankfully I chose to show up 32 minutes early!), the session itself went very well. It was the only one of my sessions that ended up being recorded (it wasn’t about AutoCAD, at all – it was all about the Geneva Motor Show project which was implemented using Autodesk VRED), and it was a fun one. 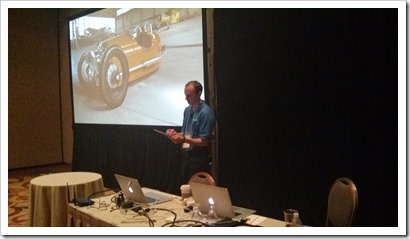 The final keynote was, once again, very inspiring. Amar Hanspal challenged the audience to innovate by asking ourselves “What If?”. 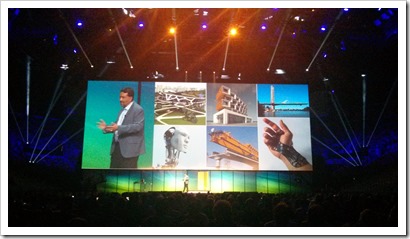 The author of the brilliant xkcd web-comic, Randall Munroe, gave an entertaining talk about “what if?” questions he answers for people, such as what would happen if a car could keep accelerating forever. 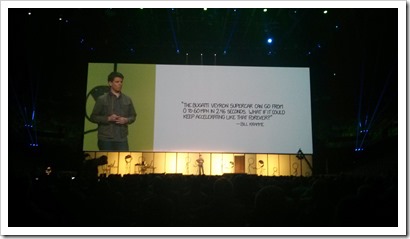 Mike Chen, from Made in Space, described taking additive manufacturing – 3D printing – to space is like “a wish for more wishes”. And who among us hasn’t wanted one of those? 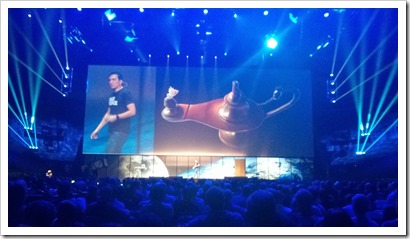 The people behind Arx Pax took the stage to demonstrate the awesome Hendo hoverboard – with the inevitable “Back to the Future II” reference – but went on to explain how this technology has great potential to (for instance) help deal with earthquakes. 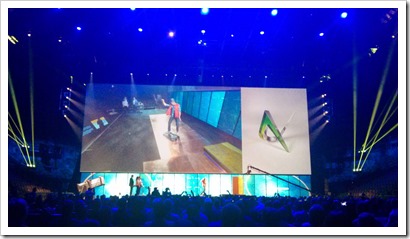 If you’d like to watch the keynote in its entirety, here it is:


From the keynote, we went straight on to the closing party at The Palms. Yes, incredibly we were all bussed across to a different hotel for the party, which would almost certainly have been disastrous if attempted anywhere else in the world: the logistics involved in moving several thousand people efficiently between hotels was jaw-dropping.

The party had a comic book theme, which was fun. And only in Vegas would you be able to play stretched table football… 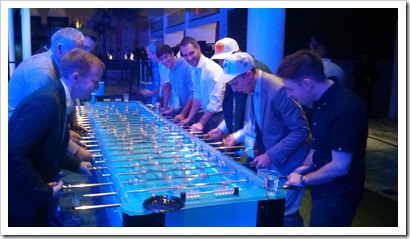 On Friday I attended a couple of internal meetings and did a little Christmas shopping before travelling back overnight, arriving home on Saturday evening. 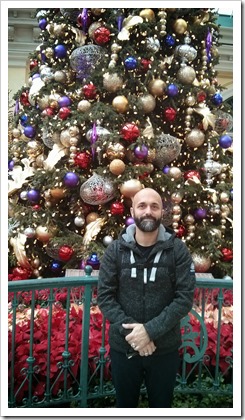 I’ve chatted to a few different people about the fact that AU just felt different, this year. For sure I liked the focus of the opening and closing keynotes – and admittedly I only got to attend one session, other that the ones I was presenting – but the feel of the event was subtly different. I think it was mostly the Exhibition Hall that did it, on balance. I asked Joseph Wurcher – one of the event’s organisers – about this... He explained that they’d deliberately designed the Exhibit Hall to have no straight corridors: you couldn’t really help but get lost as you wandered around, taking you to different places with interesting things to see. It certainly worked really well, from my perspective (I actually tried giving people directions to a few different exhibits but failed miserably :-).

It’s perhaps a bit clichéd, but this year’s AU was really the best one ever. Aside from the quality of the event itself (Joseph tells me the average session rating was higher than previous years), I personally found it incredibly motivating to interact with so many passionate AutoCAD users and developers. And it’s always great to hear from so many of this blog’s readers that they continue to find it valuable: it really motivates me to keep blogging for another year, at least.

Thanks again for all the feedback and support!