I’ve long been fascinated by stereoscopy, as I suspect is the case for most people lucky enough to have two functioning eyes. There’s something magical about a device that immerses us in a three dimensional scene by hijacking that fundamental input mechanism of ours, binocular vision. I almost always get that “oh wow” feeling: it just never gets old. 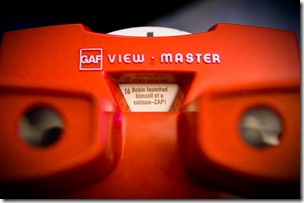 I also happen to like collecting cool bits of vintage technology, although in an admittedly haphazard and opportunistic way: I have printing blocks, a typewriter, a TI-57 programmable calculator, an Apple Newton, a Palm Pilot and an iPAQ, to name a few objects that are cluttering my office.

Some time ago I decided to start collecting View-Masters – the devices and their reels – but I didn’t get very far. Like 90% of my interests this particular one stayed in the “interesting but no need to go further, for now” phase. But as VR has finally reached the masses – particularly with Google Cardboard and the upcoming consumer-oriented version of Occulus Rift, but there are other really interesting things happening out there – the whole View-Master itch has started up again. 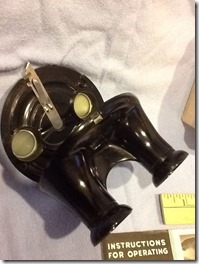 Over the last couple of weeks I’ve gone a little nuts on eBay, picking up Model A, B & C View-Masters (I’m most interested by models from the 1940s & ’50s) and lots of classic reels. The first few auctions were a bit brutal: the interesting auctions finished in the afternoon, Pacific time, so I had to set my alarm for 2:30am to be able to place bids in the closing seconds. (I’ve since started using an app that can “snipe” eBay auctions without you being online, which seems to work very well and lets me sleep a little more.) 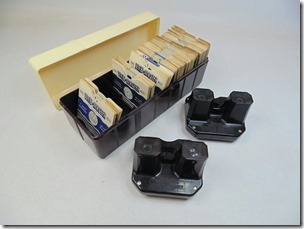 What I find especially interesting about old-school stereoscopes like the View-Master is that a number of application areas that were relevant, back in the day, are now re-emerging for VR. For sure View-Masters were used as an inexpensive way to experience the world – without the need for travel – but they were also used to teach doctors anatomy and – during WWII – to help soldiers develop their skills for identifying ships and aircraft as well as for range estimation. 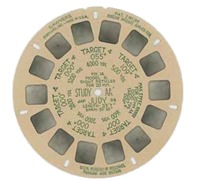 For sure VR is reaching into similar areas beyond entertainment – both medical and military – but clearly the ability to synthesize 3D and then use stereoscopy to deliver it immersively is taking things much further, this time around. I expect it to be really compelling for the design industry, too, as do others here at Autodesk. For instance, check out Jim Quanci’s testimonial on this “heading for stretch goals” Kickstarter project to really help DIY VR go to the next level. 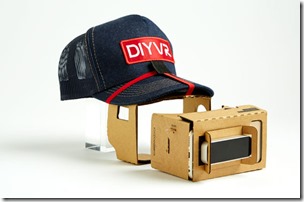 Anyway, I’ll be picking up a number of my “new” View-Masters when in Las Vegas: if you happen to be coming along to Cyrille Fauvel’s class at which I’ll be co-speaking, I’ll bring a number of them along to that. The class is all about stereoscopy, after all. :-) (At some point I’d love to try turning an old View-Master into a real VR viewer, something along the lines of this awesome 3D media viewer hack.)

Back to the subject of Google Cardboard… in parallel with the fun that’s been happening with A360, a number of noteworthy Cardboard apps have been popping up. Let’s take a look at some of the apps you can play around with to get a feel for this platform’s capabilities… (I’ve been using Android for this, by the way: you’ll find that not all the below apps are available for other devices.)

When you get your hands on a Cardboard kit – such as the DODOcase VR Cardboard Toolkits being given out at DevDays – you should head on over to Chrome Experiments for Cardboard – which really showcases the power of WebGL for creating VR apps – and the Google Cardboard demo app. There’s lots of fun stuff to be found there, such as Google Earth in 3D: 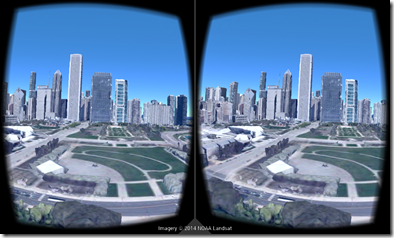 I’ve just started playing with VR Cinema, which seems fun. It allows you to play videos in a number of formats via Cardboard… it can’t retrofit 3D to 2D videos, of course, but even displaying your 2D home movies via the device is quite cool: 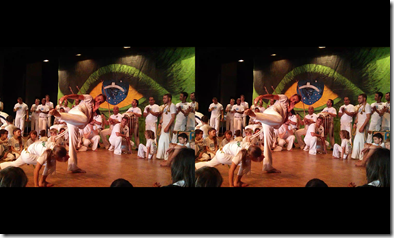 Movies that encode 3D information will be even more interesting to watch using this app, presumably.

Perhaps the most View-Master-like of the apps I’ve seen – in spirit, at least – is Orbulus, which allows you to view any of a large number of photo spheres that have been captured and shared by people. There’s a slight camera offset between the views for the two eyes, but I don’t believe two separate spheres have been captured: the 3D effect isn’t that strong. It’s still a nice way to view spherical panoramas, though. 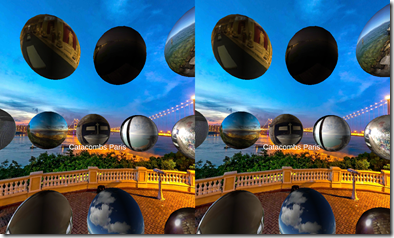 Now onto some more three-dimensional experiences delivered via Cardboard…

Jaunt have created a really cool Cardboard app allowing you to take the stage with Paul McCartney for a rendition of “Live and Let Die”. This one was captured using multiple cameras and gives a much more 3D experience. Well worth trying. 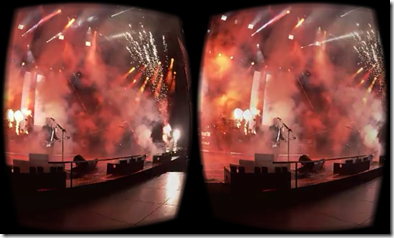 Refugio 3D Space Station is an immersive VR environment – you start on a space station and can walk through teleportation portals to various worlds – which is very impressive. They also seem to have their own Cardboard-like hardware platform. (Thanks to Ugo de Maio for bringing this one to my attention!) 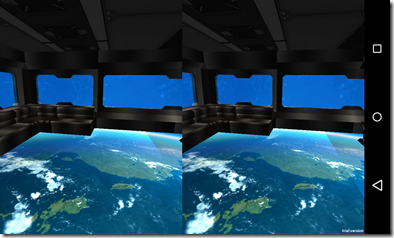 Finally, Volvo have launched their Volvo Reality Cardboard app allowing people to experience the new XC90. You need to be in North America to install this one, though, so I haven’t actually tried it myself. 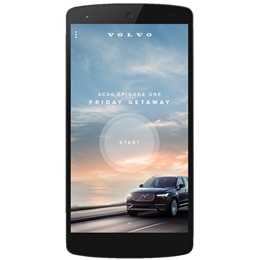 New apps are popping up, every day. If you come across any that you find worth sharing, please post a comment.