The Autodesk Technical Summit is an annual, internal, 2-day technical conference for members of Autodesk’s engineering staff. I’ve been lucky enough to attend since 2011 (the first was held in 2010), and have seen the event grow both in breadth and attendance, over the years: this year there were 500 attendees from around the world and some really excellent presentations.

Most years I’ve been at the event as a presenter (I talked about F# in 2011, Kinect in 2012 and then both Kinect Fusion and Leap Motion in 2013): this is the first time I was there purely as an attendee. Which meant I had more time and energy to focus on absorbing content as well meeting with members of various Autodesk engineering teams.

Even with the additional time to attend sessions there were many I couldn’t attend. Thankfully recordings of the sessions get posted for internal consumption soon after the conference, so I’ll go back through the ones I wish I’d been able to attend and report on those, when I get some time.

For now, here are three bits of information I gleaned from some of my favourite sessions from this year’s event. I would write more, but many were clearly about technology that’s currently in development. These three relate to shipping software, so I should be safe. ;-)

The current approach for generating support structures for overhangs – as used by software provided by 3D printer vendors, such as Makerbot’s MakerWare – is pretty crude: lines are drawn straight downwards from the overhang to the printer bed and can result in lots of difficult-to-remove support material.

The man behind meshmixer, Ryan Schmidt, is working to address this: he has delivered an experimental mechanism in meshmixer 2.x that can generate tree-like support for your models’ overhangs.

Here’s an example for the print I talked about in this previous post (which looks a little strange as I couldn’t work out how to position the model appropriate on the printer bed, but that’s down to user error from my part… and it actually serves to demonstrate the principle fairly well, though). 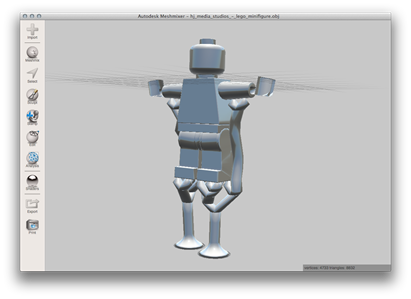 If you need help working out how to make use of this capability, check out this video.

It turns out that raytracing based on the RGB spectrum alone will generate inaccurate results under certain lighting conditions. Autodesk VRED – which was at the core of the configurator shown on the Morgan Motor Company stand at the Geneva Motorshow – can make use of spectral data for materials and lights to generate more accurate results. 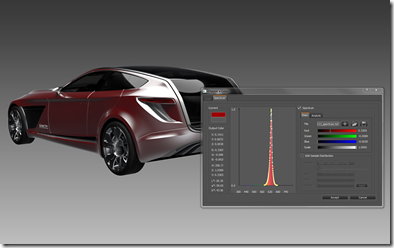 Operational Transformation (OT) has a long history and has emerged as the “go to” technology for implementing Internet-based collaboration. Google has championed its use in Google Docs, for instance, and many other companies have followed suit.

The super-smart team behind 123D Circuits – another technology I’ve talked about before – has made use of OT by integrating ShareJS, a JavaScript-based implementation. They do so by flattening their data structure down to JSON and then use standard OT capabilities to allow dozens of simultaneous users to work on the same circuit design. Very cool indeed. 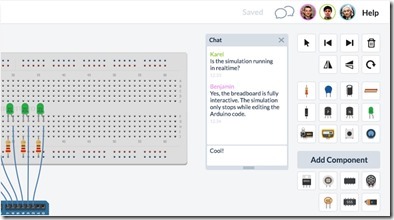 These are just a few of the things I learned at last week’s invaluable event. My apologies if they seem a bit random, but then I’m always impressed at the diversity of Autodesk’s product portfolio and all the cool stuff people are working on.