It’s nice being back in the Bay Area. I got in on Monday night and took BART into the city, checking into the Hyatt Regency (just across the street from our 1 Market office).

That first evening I caught up with my old team – the DevTech managers, now under Stephen Preston’s leadership – for dinner and then went for an over-priced green beer with my former boss, Jim Quanci. It was St. Patrick’s Day, after all. :-)

Then it was a short night’s sleep before the usual jetlag woke me at 3:30am. On the plus side, it gave me the opportunity to catch up on my Autonomous Mobile Robots homework. The first assignment – on “Locomotion and Kinematics (Legs)” had been brutal: my maths and physics were barely up to it, so I literally only scraped through. Thankfully the second assignment – this one on wheels rather than legs – was much more straightforward… this time I managed to complete it.

The next module is on “Perception”, which I’m really looking forward to: it’ll cover computer vision techniques, such as those we use for ReCap Photo.

It was great to see the view across the bay first thing in the morning: 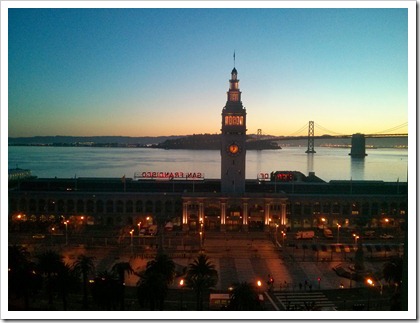 I spent most of the day in meetings, both with the ADN and AutoCAD Engineering teams, followed by drinks and dinner with members of the AutoCAD UX team and several visitors from Tel Aviv.

Before going to bed, I got to see the Bay Lights in person for the first time: I was very happy about that. 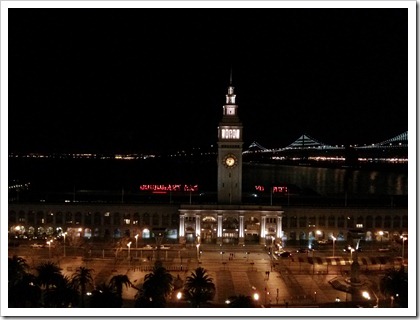 I’m now heading back into the office and will then travel back down to Santa Cruz for an offsite meeting for the remainder of the week. I’ll be back up in the city for the weekend and will spend a last few days in San Rafael next week before heading home across the pond.