« Inserting a cell range from an Excel sheet as an AutoCAD table using .NET | Main | TEDxLausanne »

I’ve pulled together a few miscellaneous updates that relate to Autodesk’s Reality Computing efforts, which – as I mentioned earlier – is a term that’s intended to include “Reality Capture” at the beginning, followed by “Reality Modeling and Analysis” and then “Reality Delivery”.

Firstly, looking at the capture side of things… 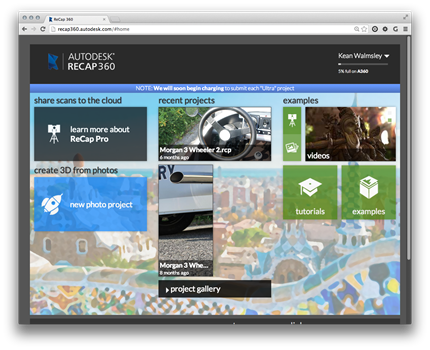 Photo on ReCap 360 (the new name for ReCap Photo) now has free and paid versions available. Although at the time of writing it’s still possible to make use of the soon-to-be-paid benefits for free, but do hurry!

Preview mode – with up to 50 source images of 12 megapixels or less – is free to all with an Autodesk account, as is export to OBJ and RCM formats. To use Ultra mode – which means up to 250 high-resolution images – you will either need to be on Subscription or pay an annual rental license of $55 (this gives you a 25 GB storage allocation and 50 “cloud credits” that can be used towards paid 3D reconstructions). The paid plan also allows you to export FBX, RCS and IPM versions of the model.

One other thing that has just been announced for Photo on ReCap 360 is GoPro Hero 3 support, which corrects for the camera’s fisheye lens. This is going to be huge for drone enthusiasts, especially those with the very hot DJI Phantom 2 (want!). People are already trying these technologies together: if you happen to do so, please let me know how you get on. 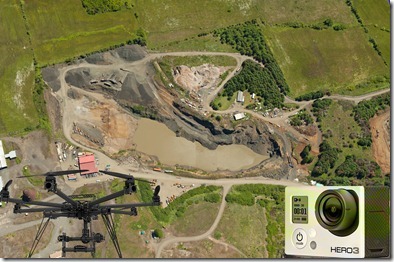 I decided to take Photo on ReCap 360 for a spin with a project we’ve seen previously, that of a Morgan 3 Wheeler. It worked pretty much as it did before – with some minor quality improvements – although the new smart-cropping automatically removed a lot of clutter from behind the camera.

Here are some snapshots I took while creating the project: 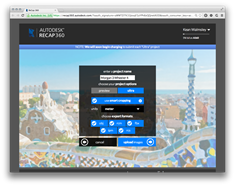 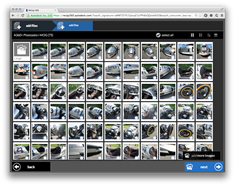 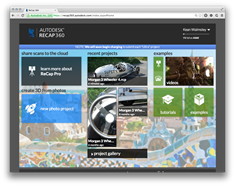 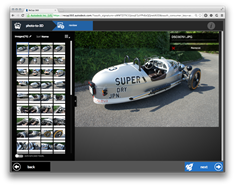 Here are the results directly in the online viewer: 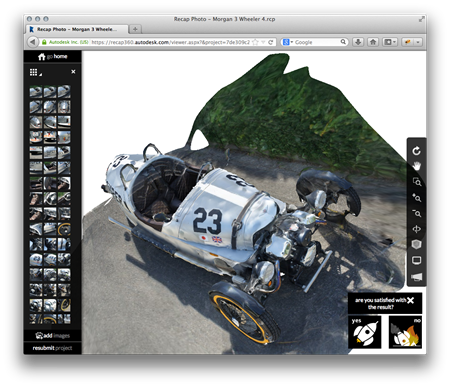 Secondly, let’s talk a bit about modeling and analysis…

I downloaded the latest version of Project Memento, as it supports textured OBJ export and has received some other general enhancements. It loaded the RCM file, as you’d expect: 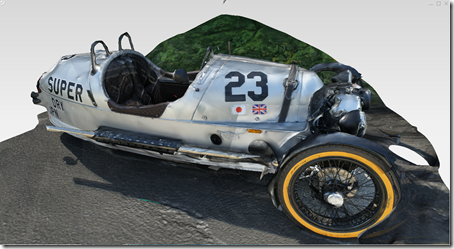 The editing tools allowed me to very easily crop away unwanted areas, as well as fixing a number of issues with the capture: 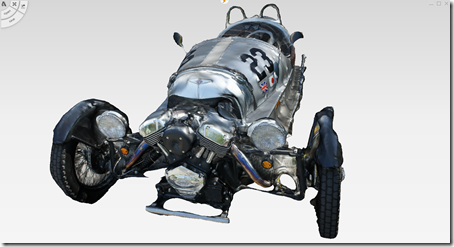 I’ve really been waiting to try out the textured OBJ export from Project Memento. Not only should this allow us to integrate the results with PointCloud Browser but we should also be able to bring more visually appealing results into AutoCAD.

Speaking of AutoCAD – and with a nice bit of serendipity – I also received notice of an update from Richard Abercrombie of one of my favourite Exchange Store apps, CodeDog’s Mesh Importer for AutoCAD. The latest version supports textured OBJ import – hurrah!

I installed the latest trial version from Richard’s site and used it to bring in OBJ output from Photo on ReCap 360. Unfortunately it didn’t have the texture applied… 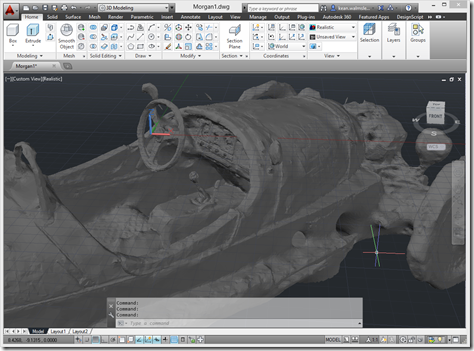 … but then Richard tells me there are some tweaks needed to get the material working properly. Hopefully he can step me through it and I’ll post an update, in due course.

I checked the contents of the OBJ dump and it does appear that texture JPEGs are being created, at least. I’ll also give this a try in another OBJ-compatible 3D viewer when I get the chance, to make sure it works elsewhere.

And thirdly, I should probably mention delivery…

The good news on that front is that we now have a Makerbot Replicator 2 in Autodesk’s Neuchatel office. Earlier in the week I prepared my first print (more on that in due course) and sat down to get it started, but it turns out we’re missing a part: the filament feeder tube which was probably mistakenly thrown away with the packaging. We’re waiting on a replacement, at which point I’ll get cracking with my first ever 3D print. Exciting!

Next week is looking a bit busy: I’m attending my first TED event – TEDxLausanne – on Monday, and have some projects queued up for later in the week. One that’s looming relates to the Morgan Motor Company, in fact: Autodesk is collaborating with Morgan on some technology that will hopefully be shown at the upcoming Geneva Motorshow, which means I’ll be visiting that again, this year. I’m not working on the technology itself but am nonetheless very happy to be involved, as you might imagine.