Well, today was the day I printed my first 3D object. The missing feeder tube from our site’s MakerBot Replicator 2 hasn’t yet been replaced, but Francesco Tonioni, friend, colleague and probably the most practical person I know, cobbled something together as a stop-gap.

This initial project stems back to May of last year – when I was in Boston for our internal Technical Summit – when my son talked to me about an idea of his. My children really like LEGO, and, at the time – the specific product tie-in tends to vary based on the LEGO game they’re working through on the Xbox 360 – they were really into The Lord of the Rings LEGO.

My son’s big problem was that when you put the ring into Frodo’s hand, our little plastic ring-bearer didn’t actually become invisible. We tried to propose a clear plastic Hobbit figure via the LEGO Cuusoo site, but hit a stumbling block when we needed to submit a photo. Yes, a photo of an invisible Hobbit. ;-) 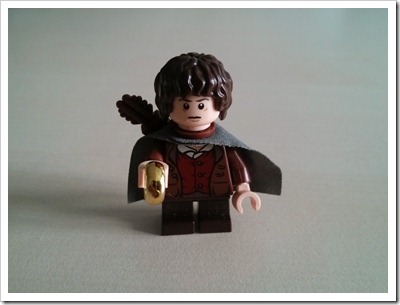 So, my first priority when the 3D printer arrived was to print a transparent plastic LEGO minifigure, whether for my son to play with or to help with submitting the concept to LEGO.

I used the OBJ file we saw in this previous post about creating street art using AutoCAD, loading it into MakerBot’s MakerWare software. Initially I tried laying the model flat, thinking that printing it this way would reduce the need for support material: 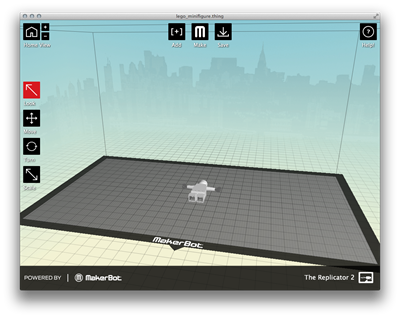 After failing an initial test print, it seemed as though we would get better results by orienting the model upright and removing the support material afterwards. In fact I think the issue ultimately came down to my choice of model: for some reason one of the legs consistently prints with worse quality than the other and one of the arms has a very fragile connection to the torso. This Inventor model would probably be a better starting point, on reflection.

It was great to see the Replicator 2 in action, in any case. It actually worked more quickly than I expected and the results were pretty decent for a first attempt. 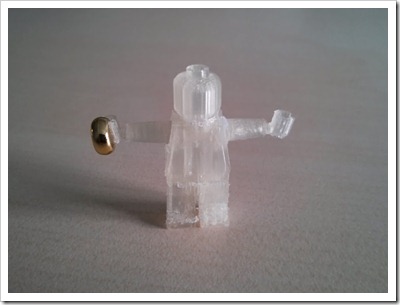