It’s been a really interesting and productive few days here in Tel Aviv. In a sense it was too short a trip – I was penned in by commitments during the weekends either side of it – but despite that a lot was achieved. I didn’t get to see very much of the city – apart from the hotel, a restaurant, some nice lunchtime eateries and a bar or two – but I’ll definitely try to come for longer, next time around.

After arriving on Tuesday and meeting with the people I’d be working most closely with during the course of the week, I presented an AutoCAD + Kinect session for the office here. It was very well attended – pretty much everyone in the office came along, which meant about 50 or so people – which I appreciated a lot. I’d received a special request to demo both Kinect v1 and v2 which was a first for me (especially as the combined kit needed – both devices plus my “mobile” HP EliteBook workstation – added significantly to the small amount of luggage I’d otherwise have needed for a short trip like this).

Here’s a view of a point cloud plus extruded solids captured during the course of the session using Kinect v2: 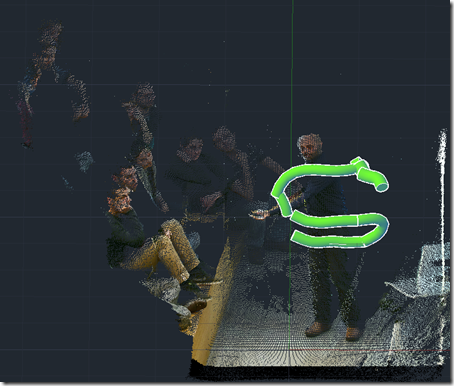 It was a great way to meet the staff in Tel Aviv. Afterwards the real work started, though.

Aside from working with members of the AutoCAD 360 team, I spent quite a bit of time on Wednesday and Thursday with Eyal Nir and Ben Raziel, the main people behind ShapeShifter. A fun proof-of-concept was seeing whether it was possible to use the new JavaScript API to integrate a web property such as ShapeShifter – as well as the JavaScript-based geometry engine it relies upon – into AutoCAD.

To give you an idea of what ended up being possible, here’s a fairly complex, randomly-generated ShapeShifter model using the new revolution topology: 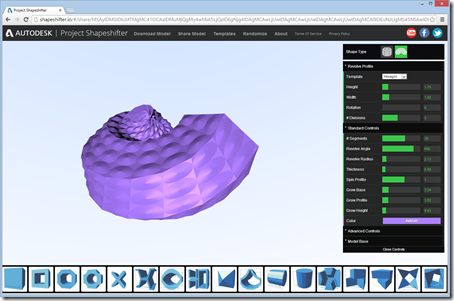 This is actually a mesh with ~100K faces. Here’s what it looks like when brought into AutoCAD (which I did by using a customized version of ShapeShifter to send data via AutoCAD’s command-line to a C# command that then generated a SubDMesh: a crude but effective proof-of-concept). 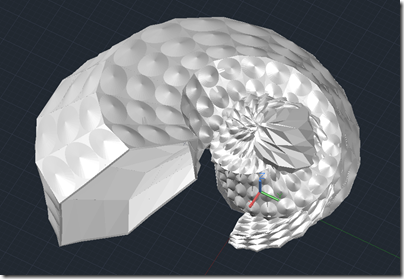 It’s unclear where the opportunity is here from a customer perspective, but it certainly demonstrates some interesting possibilities. I’d love to hear from people who have played with ShapeShifter and are genuinely interested in a geometry pipeline between it and AutoCAD (which might well motivate us to take this beyond an internal prototype).

A big thank you to the whole team in Tel Aviv for the warm welcome, especially to Benny Bauer, Ron Meldiner, Eitan Tsarfati, Tomer Galon, and of course Eyal & Ben. I really had a fantastic time. And thanks, once again, to Etti Gazit for the logistical support: I managed to get through Ben Gurion airport security in record time and am now sitting watching it rain from the roof (the weather this week has otherwise been perfect, incidentally ;-). 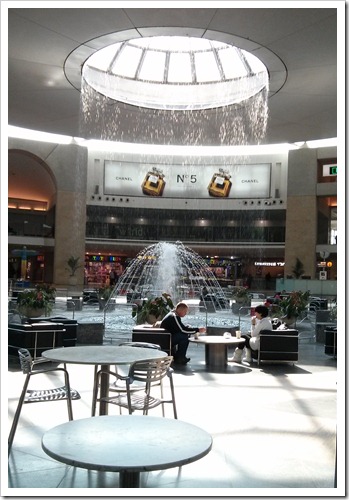