I arrived yesterday morning on the EasyJet flight from Geneva to Tel Aviv. I’d ended up spending the previous night at an airport hotel – I’d have had to leave home at 3:30am, otherwise – which meant a somewhat more tolerable 4:40am wake-up.

I admit I’d been a bit concerned about security, arriving in Israel the day after Ariel Sharon’s funeral, but it turned out to be an extremely smooth arrival. Someone with my name on a board was waiting for me at the end of the jetway and they whisked me through security and customs (I could really get used to that… a huge thank you to Etti Gazit for organising it!).

This was my first trip to Israel – and only my second trip to the Middle East, having had a holiday in Egypt a few years ago – and my impression of the country is that it’s somewhere between India and Italy in terms of the general feel (not just alphabetically :-). By that I mean the general level of chaos: it’s certainly less noisy and hectic than India but more so than Italy (although driving here might well be easier, based on my limited experience of being on the roads here).

I arrived at the office Autodesk an hour after touching down, which was much quicker that expected. The office is located right near the beachfront, an incredibly cool location. Here’s a shot taken about 200m from the office’s entrance, for instance: 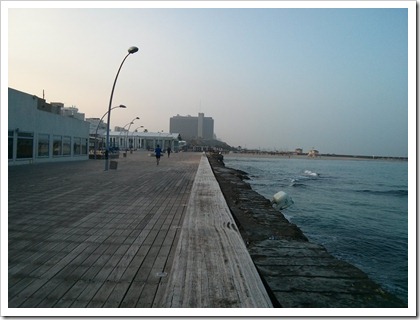 And, honestly, how can you not love an office with code etched into the door? :-) 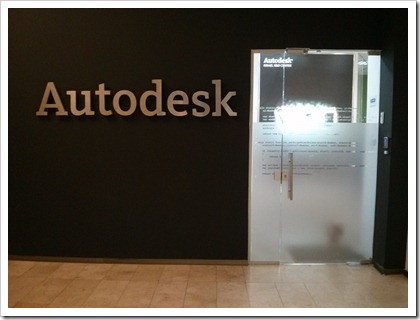 The inside of the office a beautiful space with a very contemporary design: 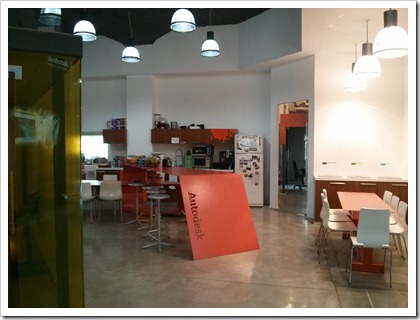 On arrival, I spent some time meeting with members of the AutoCAD 360 and Research teams, getting to know more about activities that take place here. Today and tomorrow I’ll be taking a deeper dive into a couple of the more interesting/important areas.

As I’ve mentioned before, the team behind ShapeShifter is based here in Tel Aviv, and these guys have definitely had an influence on the printer area: 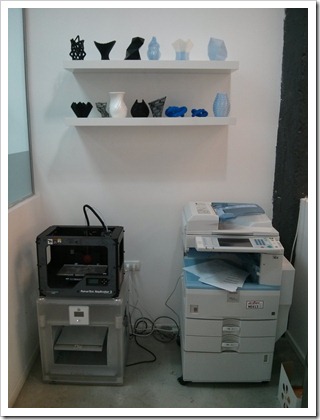 Incidentally, you should check out the new revolve capability in ShapeShifter: it’s very cool, especially if you’re into ring design. 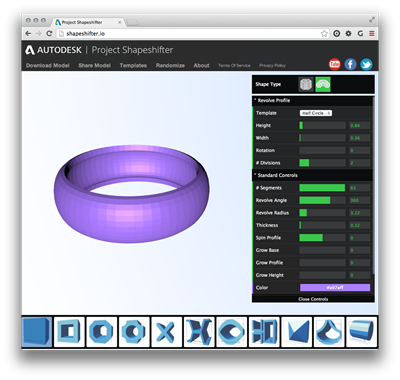 I’ll talk more about the trip in my next post. I fly back out to Geneva on Friday morning – which is already the weekend here in Israel, of course – and I’ll for sure have time to write an update once I get back to Ben Gurion airport.