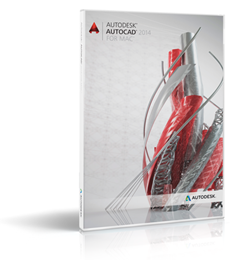 Yesterday the first AutoCAD 2014 for Mac customers pealed the virtual shrinkwrap off their shiny digital copies. Here’s some info on this release from my friend Micah, the AutoCAD for Mac Product Manager:


There's been quite a lot of press on the 2014 release already, both from Autodesk and beyond (here are but a few examples of the coverage to date).

The release schedule for our Mac version has now been synced with Apple’s annual announcements, allowing us to take advantage of the latest & greatest OS X capabilities but also to be part of the launch event (however briefly: watch for AutoCAD and AutoCAD 360 around the 73.5 minute mark in the video). It’s interesting to note the Mac Pro announcement: AutoCAD must literally scream when running on that hardware.

I’m not using AutoCAD for Mac much, myself: its programming environments are still AutoLISP and ObjectARX – neither of which I do much with, these days – but I have hopes that we’ll get to see JavaScript running there at some point. Lee Ambrosius tells me this release has meant an update to the LISP Developer Documentation (as part of the AutoCAD for Mac online help), which is relevant to LISP developers working on Windows, too. More details over on Lee’s blog.