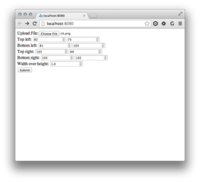 As promised, I’m going to spend some time this week looking at options for moving the Python code we’ve seen in this series of posts – that de-skews perspective images using CPython or IronPython code running on your desktop – to “the cloud”. Which in this case I’m taking to mean Google App Engine (GAE), as it has native Python support and I hadn’t done anything with it, before. :-) As a first step – and I should probably say “at first glance” – it’s really quite easy to take some existing Python code and host it behind a... Read more →

An interview with Jon Wells – Part 2

This is the second part of the two-part interview with Morgan Motor Company’s Head of Design, Jon Wells. Here’s the first part, in case you missed it. How long has Morgan been using Autodesk software? I introduced Autodesk software to the company when I joined. I was the link between the aesthetic designer that had just joined the company – who was very visual-based – and the engineering team. With my technical background and understanding of 3D and surfacing, I was able to understand both the aesthetics and how that would interpret into an actual, physical component. And to... Read more →

An interview with Jon Wells – Part 1 A few weeks ago I visited Morgan Motor Company in the UK. The highlight of the visit for me was getting the chance to sit down with Jon Wells, Morgan’s Head of Design, to talk about the company and their use of Autodesk software. I’m a huge fan of this company and the way they meld the traditional – cars are built in much the same way as they have been for 100 years – with the modern – aside from their advanced use of software they’re also pushing boundaries in terms of materials science in the automotive industry.... Read more → 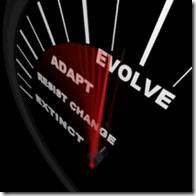 I’ve been involved at some level in Autodesk’s annual Developer Days tours for as long as they’ve been happening (at least in a coordinated, worldwide fashion), although for the last few years it’s been purely as an attendee (and last year only in Las Vegas). This is the first year I can remember the event being publicised more broadly than to our existing ADN members: many non-ADN (or ADN Open) members may not realise that this tour is a benefit available to Standard and Professional members, so we’re helping spread the word. DevDays is a great way to get... Read more →

The Tinkercad team have been busy enabling an interesting new capability in their product called Community Shape Scripts. As I’ve mentioned before, for some time it’s been possible to make Shape Scripts public for other Tinkercad users to inspect and learn from, but now it’s even easier to share – and to discover – interesting Shape Scripts. You still need to select the “Share Code'” option inside the script’s properties – if you want to share the implementation details with the community – then once you have the Shape Script just as you want it to be shared, simply... Read more → 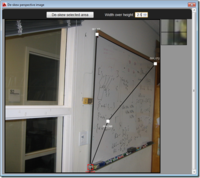 So after several posts leading up to the big reveal, as it were, in today’s post we’re going to see the full “De-skew Raster” application in action – and give you the complete source to fool around with. The main addition over where we were in the last post is the HTML5 and JavaScript UI implementation, as well as the new C# command – called DESKEW – that loads and displays it: Our JavaScript code uses the new JavaScript API in AutoCAD 2014 to execute the other command (DESKEW_IMAGE, which we saw implemented last time) that drives the core... Read more →

I’ve just come back after a long weekend here in the canton of Neuchâtel – the Jeûne Fédéral, a holiday I’ve mentioned a few times in the past – which we spent visiting friends in Berg and then at the Comptoir Suisse in Lausanne. This weekend was also the Exchange Apps Portathon, which turned out to be wildly successful with over 240 apps submitted as part of the event. I attended for much of Friday – and was able to connect with a few people via private chat, which was nice – but due to my plans for the... Read more →

This one came as a (very nice) surprise: Autodesk has collaborated with Circuits.io to provide a new tool called 123D Circuits. Here’s the announcement along with some media coverage. 123D Circuits is a handy, web-based tool that allows you to create, share and collaborate on circuit designs such as those you'd use with an Arduino microcontroller. And if you’re using an Arduino in your circuit, you can even code inside the embedded IDE and simulate its behaviour directly inside your browser – with almost no risk of blowing it up! You can also embed these circuits into web-pages, which... Read more →

In this previous post, we saw some of the issues around executing standard Python code to de-skew raster images inside IronPython (and the effects those differences can have on the results). In this post, we’re going to build the ability to execute our Python code from a .NET module loaded inside AutoCAD with the help of IronPython. The next step will be to add in an HTML5 user interface that calls into AutoCAD using the JavaScript API introduced in AutoCAD 2014. Things have changed a bit since we first saw IronPython inside AutoCAD, most notably the additional of the... Read more →

Less than a week until the Exchange Apps Portathon 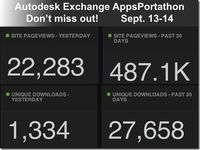 The clock is ticking… the Exchange Apps Portathon is being held next weekend, and it’s not too late to participate. If you’re not sure what this is all about, take a look at two previous posts about this event. In a nutshell: Autodesk is paying developers $100 for each of the first 5 apps that developers publish to Exchange Apps before the end of the weekend, and the DevTech team will be online for a solid 48 hours to help people get there. On a side note, the DevTech team now has a YouTube channel for their DevTV sessions.... Read more →

A tour of the factory at the Morgan Motor Company

As mentioned previously, I spent much of last week visiting an Autodesk customer in the UK, the Morgan Motor Company. They’re based in the beautiful West Midlands town of Great Malvern which lies at the foot of the Malvern Hills, an area of outstanding natural beauty (yes, that’s an official designation :-). [Update: to clarify, Malvern is in the county of Worcestershire which is in the West Midlands region (not to be confused with the similarly named county). So I should probably have said “the beautiful Worcestershire town of…”. Apologies for having stated this in a potentially confusing manner.]... Read more →

As Labor Day passes and the summer draws to a close, it’s time to start thinking about Autodesk University. The AU team clearly knows this (they themselves have been thinking about the event since before AU 2012, so this is more for the rest of us ;-) and so they’ve gone ahead and posted a preview of the class schedule for this year’s event. Take a look at rows 2^8 and 2^8+1 (that’s 256 and 257 for non-programmers :-) if you’re interested in seeing information on the two classes I’m delivering, this year: one is on Leap Motion, the... Read more → 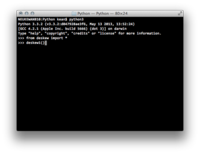 As part of the project I’m working on to deskew perspective images and insert them as RasterImage entities inside AutoCAD, I spent quite some time migrating pure Python code – a good deal of which I had to create for various assignments as part of the linear algebra class I’ve now finished – for it to work inside IronPython. For those of you who aren’t familiar with it, IronPython is a variant of Python that works with .NET via the Dynamic Language Runtime. Making it really easy to integrate with AutoCAD. The code as it stood previously was working... Read more →