In the last post we took a look at how we could make use of the .obj output from a ReCap Photo model of a car to perform virtual wind tunnel analysis using the standalone version of Project Falcon, a flow simulation tool currently on Autodesk Labs.

This post extends (or forks) that workflow to achieve my goal of performing virtual wind tunnel analysis on a Morgan 3 Wheeler in the AutoCAD-based version of Project Falcon.

After stitching a 3D scene from photos using ReCap Photo – and exporting it to .obj – we need to bring the model into AutoCAD. As mentioned last time, we might have used the direct FBXIMPORT command inside AutoCAD were it not for the fact that the .fbx file generated by ReCap Photo – in my case, at least – was just too large to effectively bring in. We really want a subset of the model, in any case, so we need a tool to crop away sections of the mesh and leave us with the main object. Last time I used meshmixer for just this purpose, but I don’t know of a comparable tool that supports .FBX – I suppose 3ds Max or Maya would, but I’m a bit reluctant to install them just for that.

So I ended up sticking with OBJ as a mesh format. Without a direct OBJ import command inside AutoCAD, I took a look on Autodesk Exchange Apps…

For those who haven’t yet used Autodesk Exchange Apps for AutoCAD, you should check it out. It’s a great source of apps –  whether free, for trial or for purchase – and can help fill the gap in a particular workflow, just as we’ve done here. 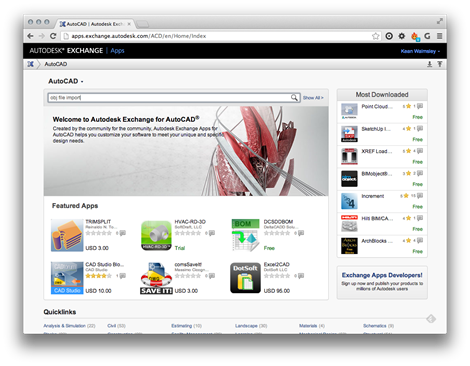 Searching for “OBJ file import” led me to these search results… 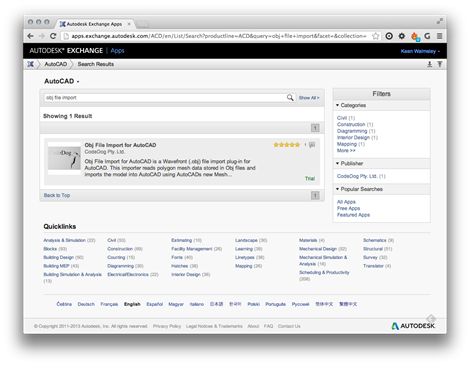 … and the single entry – an app from CodeDog Pty. Ltd. – looked to be exactly what I needed: 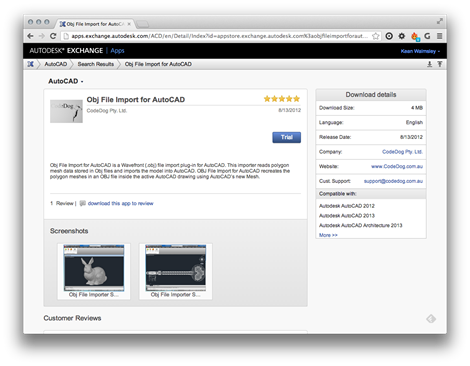 I went ahead and installed the trial version and it helped me bring the .obj model into AutoCAD: 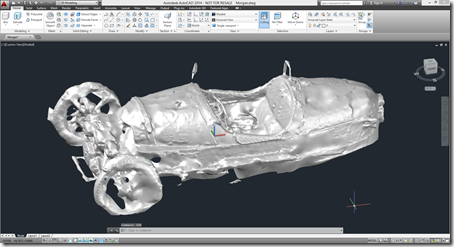 I installed the AutoCAD version of Project Falcon from Labs – and even though it states “AutoCAD 2013”, I installed and used it successfully on AutoCAD 2014 – and put it through its paces: 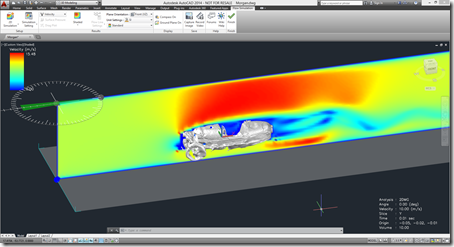 Here’s how the 3D flow analysis looks, in case you’re interested in seeing it in action: