Kinect for Xbox One

Another great week for tech. I’m in hog heaven reading all the information being shared regarding the newly-revealed Xbox One. 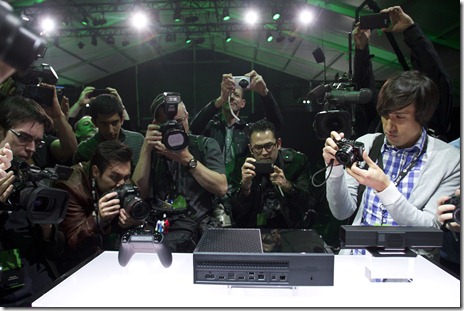 I’m obviously most interested in the upgrade to the Kinect technology. Here’s what I’ve gleaned, thus far: 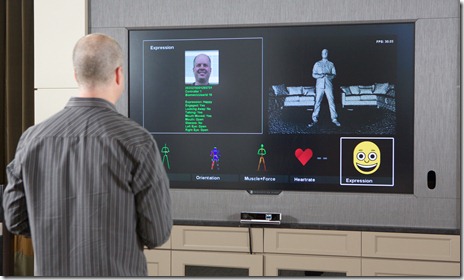 All of which needs much more console horsepower than the previous version of the Kinect technology – and keeping games responsive with the existing (and already long-in-the-tooth) Xbox 360 hardware was a major driver behind the decision to limit the resolution and ultimately accuracy of the original Kinect device – but the Xbox One looks set to deliver essentially 8x the performance of the Xbox 360. All of which looks very encouraging (if not downright amazing).

To say I’m impatient to get my hands on one of these is an understatement. I’m also very curious about how and when this tech will make it into an equivalent Kinect for Windows device, and how this will be reflected in an updated KfW SDK. At the lowest level, the current SDK provides RGB and depth frames – which are essentially captured by the two cameras built into the Kinect device – and I’m interested to know whether the “Active IR” data will be presented in a similar way, or whether the modified scanning technique will force an API change there.

The enhanced skeleton tracking capabilities will also lead to more skeleton information being presented, of course (apart from anything else, more joints being tracked will mean more – and probably reassigned – Joint IDs), but I’m sure there are more fundamental changes planned. Time will tell.

I was planning to post about the new AutoCAD 360, today, but I got too excited about this news and felt the need to share. But I will post more before the end of this – and yes, I know I’m getting repetitive… put it down to the excitement – great week for tech!