I clicked on through to the Chrome Web Lab from the Google home-page, yesterday. It contains some cool “experiments” that showcase the capabilities of modern web-browsers (and presumably Google Chrome, in particular).

The one that especially caught my interest was number 3, the Sketchbots experiment:

The experiment starts with an uploaded photo or – and this is what I did, in my case – a snapshot taken from your system’s webcam. Some image processing and computer vision techniques then get applied to it – essentially to perform edge detection and convert those edges to vectors – and the resultant sketch gets placed in a queue to be drawn in sand at the Science Museum in London. I queued mine up late afternoon in Switzerland, and as the queue took around 2.5 hours to get through (for 400+ sketches, I think it was), the museum was closed by the time it got drawn. 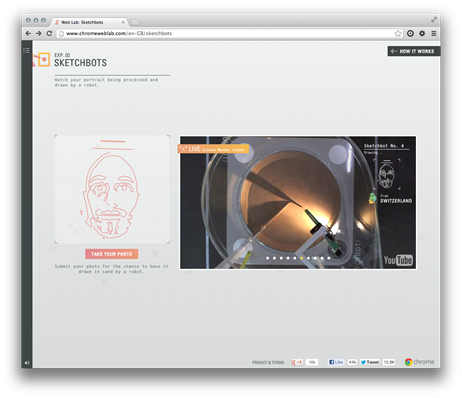 Not that it mattered, though, as I was able to capture a few snaps online of the sketch in progress (here’s one, above) and a pretty cool YouTube video gets composited and shared once complete:


This kind of analog –> digital –> analog transition (atoms –> bits –> atoms as Chris Anderson might say) is really very interesting, and is exactly the kind of process our Reality Capture team is focusing on (although for 3D rather than 2D). You may have heard or read Brian Mathews talking about Rip-Mod-Burn (similar to Rip-Mix-Burn for music and video), for instance.

Maybe we need a web-connected 3D printer in The Gallery, churning out miniature replicas of models created using 123D Catch? The advantage of drawing in sand is that it’s clearly highly sustainable, although perhaps innovations like the Filabot wouldn’t make a 3D version quite so bad, after all. But the scope for abuse would be pretty huge, of course: I can well imagine college students staying up late capturing fun vistas for replication in 3D. I’m pretty sure I would have.

I didn’t realise it was possible to get an image of the finished sketch (I was just sent a link to the video). Tilo’s comment helped me work out how to get it (even if it was reverse-engineered from the expanded version of the link he gave me). Here’s the snap – for some reason it reminds me of Salvador Dali, so I’ve included one of him, too. :-) 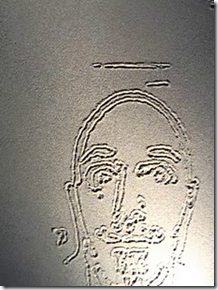 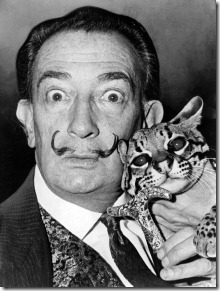