« Scripting the generation of hyperbolic tessellations inside AutoCAD | Main | Which Way Next? » 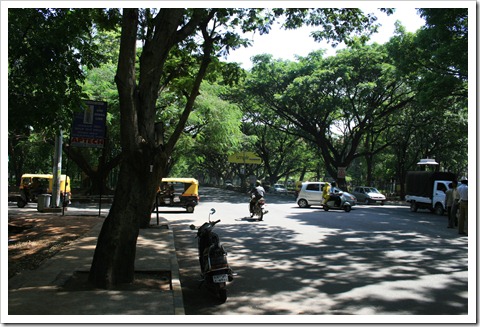 Most readers of this blog won’t have realised (mainly because I queued up last week’s blog posts in advance of my trip) that I was in India for the whole of last week. Not that I’m under any illusions that there are people out there wondering where I am, but I did want to talk a little about my trip – and my connection to India – as the topic of today’s post.

I’ve been visiting Bangalore since I was a child: my parents met when my father was working there as an ex-pat for Monotype Corporation Ltd. in the 1960s, and while (due to an accident of fate and, to some degree, politics) they ended up moving to the UK before I was born, I regularly visited my family in India during my childhood and retained a strong connection to the city.

Some time after starting work at Autodesk – and specifically within the Autodesk Developer Network team – I was happy to find that we were planning to build a small team based in Bangalore, and that I would end up having the opportunity to visit the city regularly (I went there for the first time for work in 1998, I think, and have been travelling back there regularly since).

I even ended up moving to Bangalore from 2003-2005, to help build a much larger team that would deliver consulting projects for customers as well as services through ADN. And while my wife and I hadn’t originally planned on having our first child there, being close to my family in India during that period did have some benefits. It was also during this period that I had my first experience with blogging: I started writing an internal (meaning “only visible to Autodesk employees”) blog about my experiences of living in India. I’m pretty sure it was mostly read by the “desi” community in the US (who apparently – and happily – found my experiences entertaining).

Looking back, over the years I’ve been heavily involved in hiring and educating our Bangalore-based team – many of whom have now moved to other locations and to other roles within the company – and perhaps have a stronger connection to that team than to any of our other teams around the world.

So while this trip was primarily about the last of our DevDay events of the season – as Jim reported on his blog – it was also an opportunity to spend time with the members of the team there. A fitting “final trip” within my current role in ADN.

Thanks to all of DevTech India for (as ever) making me feel so welcome. Viru, Partha, Balaji, Anand and Sandeep: I hope to see you all again, soon (although next time I expect it’ll be with my family, which will also be fun :-).