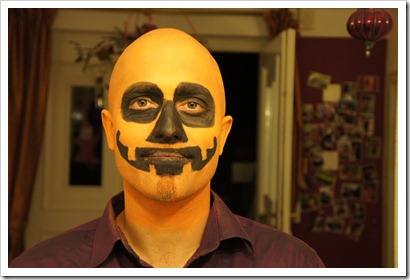 We had some friends over for a Halloween party on Saturday. Inspired by a friend who loves this kind of illusion, we managed to put together a version of Pepper’s Ghost, to entertain the guests and Trick or Treaters.

It was simple enough: an LCD screen (we had fooled around with a projector, but this worked better), laid down in my daughter’s play-house, with a sheet of Plexiglas angled at 45 degrees to reflect the screen’s image – which from a distance made it look as though it was floating in the air inside the playhouse. 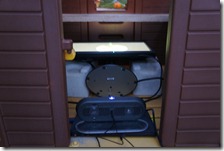 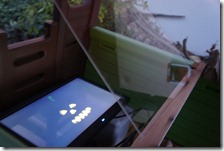 The main trick with the video was to choose one such as this, with a black background and that can be played in a loop. For the audio, I used my trusty Logitech mm28 speaker, which incidentally is a very handy (and capable) speaker to take on the road.

Here’s how it looked: 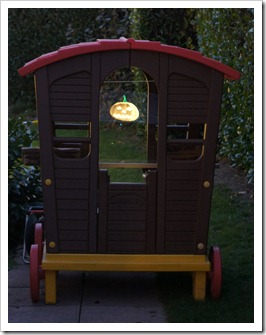