« Transforming a list of RegAppIds from XML to HTML using XSLT | Main | Februarys Plugin of the Month live on Autodesk Labs: AveragePoint for AutoCAD »

Customizing ScriptPro 2.0 to process drawings not present in the AutoCAD editor

It’s time to wrap up the series on batch-reporting Registered Application IDs. For reference, here’s how we got to where we are today:

The broader point of today’s post – other than simply to deliver on step 4, above – is to demonstrate that there are definitely simple options when it comes to architecting and building your own batch-processing tool. It’s quite possible that ScriptPro 2.0 does what you want, out of the box, but in our case it does not: we do not want to load a drawing into the AutoCAD editor to process it, we want to run a custom command to load drawings in side databases in order to process them more quickly.

But as the full source code for ScriptPro 2.0 is available on Autodesk Labs, it’s a simple matter of editing it for our own purposes. I won’t go into great detail on the changes that were needed – most of which were cosmetic in nature – but I will list a few areas:

It should be noted that the code developed in the previous posts, defining the XRA command, should be built into a plugin and set up to load automatically into AutoCAD at startup or when the XRA command is called (you can, of course, set this up programmatically).

Here are the C# source project and executable files for the modified ScriptPro 2.0 application.

Here’s the application in action… 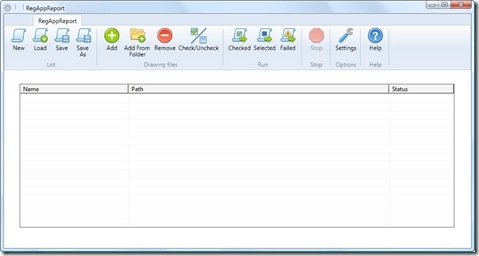 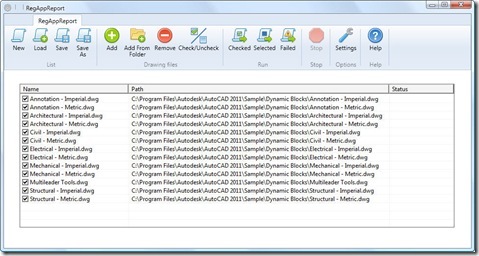 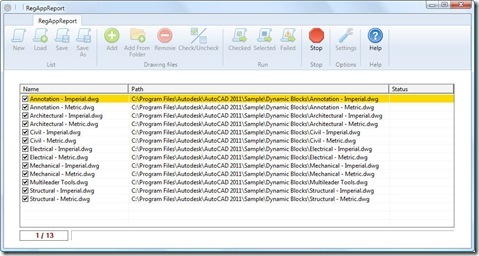 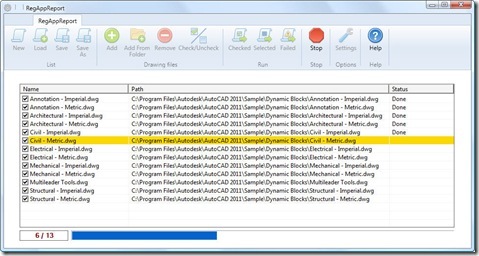 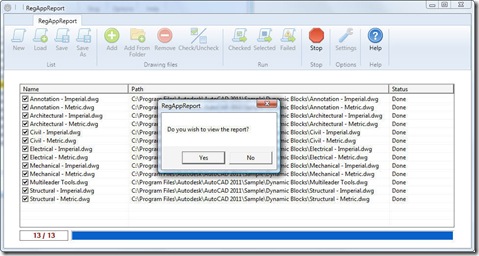 And finally the results… 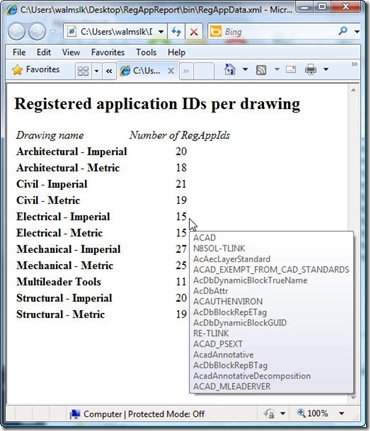 It’s altogether possible to extend this application to actually – even selectively – purge RegAppIds from drawings, but that’s being left as an exercise for the reader.

Posted on February 02, 2011 at 05:40 AM in AutoCAD, AutoCAD .NET, Batch processing, Drawing structure, Plugin of the Month | Permalink