Gluing a point to an AutoCAD curve using overrules from .NET – Part 3

In the most recent part of this series, we looked at one possible mechanism to allow points to be moved along a network of curves, extending the first part in this series, which focused on the case of a point on a single curve. This post is going to focus on something slightly different: it’s going to look at making the points added to a particular curve be associative to that curve – i.e. travel along with it as the curve is moved – and in the process we’re going to adjust the way we link between our objects,... Read more →

Upload a video response to this video, Reasons to Attend Autodesk University, and you could win one of three conference passes (each valued at $2,395*): The sooner you upload it, the better, as the competition is driven by the number of views the video receives (and then, in the second round, by the number of “likes” on Facebook… all very 21st century… :-). For more information on the content, visit this page. Oh, and as a side benefit, winners will be able to attend classes delivered by me and members of my team. :-) * The early bird discount... Read more →

Gluing a point to an AutoCAD curve using overrules from .NET – Part 2

In the last post we looked at some code to create a point on a curve, and make sure it stays on that curve when edited. In this post we’re extending that code (albeit slightly) to work with a network of curves: the idea is that any curve which has a point created on it becomes a candidate for any point to snap onto as it moves around. This could clearly be extended to provided a better way of specifying the curves forming the network, of course. Here’s the updated C# code, with the modified/new lines in red (the... Read more →

Gluing a point to an AutoCAD curve using overrules from .NET – Part 1

Over the weekend I put together a little prototype to prove a concept for an internal project I’m working on. The idea was to force a point onto a curve (meaning anything inheriting from Curve in AutoCAD, such as Arc, Circle, Ellipse, Leader, Line, Polyline, Polyline2d, Polyline3d, Ray, Spline, Xline…), so that when the point is moved it snaps onto the curve to which it’s assigned. The solution I’ve put together is far from being complete – which is partly why I’m planning on making this a series, so I can flesh it out a little further in further... Read more →

Allowing a user to select from multiple file formats inside AutoCAD using .NET 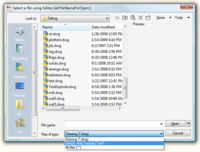 This is a topic that I’ve covered to some degree in a couple of previous posts: Using AutoCAD's file selection dialog from .NET Replacing AutoCAD's OPEN command using .NET Neither focused on the question of allowing the user to select from a number of different file format filters (try saying “different file format filters” five times, quickly :-), so I thought I’d compare and contrast the two approaches in this post. There are two primary mechanisms provided by AutoCAD’s .NET interface for file selection: Methods from the Editor class: GetFileNameForOpen() GetFileNameForSave() Classes in the Autodesk.AutoCAD.Windows namespace: OpenFileDialog SaveFileDialog Within... Read more →

Gopinath Taget, from DevTech Americas, will be delivering a repeat session of this free webcast on Thursday, August 20. Please go to our API training schedule if you would like to register for the event (from where a recording of the previous event is also available for download (20.3 MB)). Here’s a brief synopsis of the webcast: This webcast will show how to integrate your application's user interface into the AutoCAD look and feel. We’ll show you how to work with .NET Forms, create your own palettes, issues surrounding .NET UI development on AutoCAD and implement Event handling so... Read more →

A simple overrule to change the way AutoCAD lines are displayed using .NET 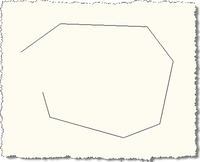 We’ve been working on translating several of our DevTV sessions, and our first Portuguese DevTV is now ready for consumption. :-) A member of our DevTech Americas team based in São Paulo, Augusto Gonçalves, created this session based on Fenton Webb’s original (which you can get to from this previous post). Augusto translated the slides into Brazilian Portuguese, and provided his own voice-over for these and for Fenton’s demonstrations. Augusto tells me that the content should also be understandable for Portuguese speakers from elsewhere (Portugal, for instance :-). DevTV: Introdução à Programação AutoCAD.NET view download (172 Mb) A big... Read more →

OK, OK: I know I said I’d talk more about overrules, last week, but – as is often the way, I’m afraid to say – I got distracted. The good news, though, is that I got distracted by something genuinely interesting, and well worth sharing. I’ve been working on upgrading the WinForms user interface of an existing .NET application to use WPF, the Windows Presentation Foundation. For those wanting a thorough grounding in WPF, I recommend watching Fenton Webb’s highly-rated webcast series on WPF, just one of the interesting webcasts that can be downloaded and viewed from our API... Read more →

This post is to bring you up-to-date on DevLabs, an initiative I’ve mentioned a couple of times in recent months. We’ve so far held two very successful DevLab events in Farnborough and San Francisco. The feedback we’ve received from attendees has been overwhelming positive, and the people from my team who hosted the events found the experience extremely rewarding. So yes, full speed ahead with the remaining, scheduled DevLabs events in China and India: Beijing, China August 17-21, AutoCAD and Autodesk Inventor APIs August 24-28, Geospatial and Revit APIs Bangalore, India September 8–11, Geospatial and Revit APIs September 14-17,... Read more →

Cyrille Fauvel, our DevTech M&E manager, tells me that the API wishlist surveys for our Media & Entertainment products are now live: Autodesk® Maya® Autodesk® 3ds Max® Autodesk® MotionBuilder® Autodesk® FBX® The surveys will stay live until September 15th, 2009. They complement the API wishlist surveys for our “CAD” products, which are still live at the time of writing (the deadline has passed, but I’ll wait until Monday before closing them out and sending the results to the appropriate Product Management staff). Just in case there are stragglers out there who would still like to fill one of them... Read more →

In today’s post I thought I’d quickly mention a couple of useful resources. The first is the newly made-over Autodesk Labs site. You’ll find lots of cool, new technology hosted on the site, including – in the next month or so – the ADN Plugin of the Month, as mentioned in this previous post. The Labs site is well worth checking out: there’s plenty there that’s genuinely useful as well as stuff that’s just plain fun to play around with. :-) The second resource is our online documentation portal. This includes online product documentation (via the “online help” links)... Read more →

Knowing when an AutoCAD object is grip-edited using overrules in .NET

This week I will mostly be posting about Overrules. [For those of you who haven’t seen The Fast Show (called Brilliant in the US), this is an obscure reference to a character named Jesse. :-)] Aside from this post, Stephen Preston has sent me the samples he’s put together for his AU class on this topic, so expect some serious plagiarism (although now that I’ve given him credit I suppose it’s not really plagiarism :-). Here’s a question I received recently by email: Is there some posibility to write something in some of your next blogs about how to... Read more →