As those of you following me on Twitter may know, I spent Monday morning at Milan Design Week. I had a couple of reasons for being in Milan at this time. Firstly, my grandmother now lives there, so I spent Sunday evening (the evening of her birthday) with her and my Milan-resident family.

The second reason was Milan Design Week. In recent weeks I’ve been in touch with a Swedish designer, Staffan Holm, who I knew would be exhibiting at SaloneSatellite during this year’s Milan Design Week. SaloneSatellite is the general-admission (i.e. it’s free to get in) section of the Salone Internazionale del Mobile and showcases the work of promising young designers. 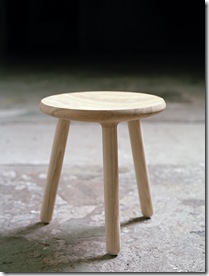 I had contacted Staffan after reading about his work on David Report and seeing Staffan’s manufacturing process in action. During our correspondence I learned Staffan would be exhibiting in Milan and it seemed like a good opportunity for us to get together and talk about his use of design technology. Staffan has an interesting design philosophy: he focuses on emotional sustainability, which means going beyond the practical to acknowledge and explore the attachment we feel for beautiful objects. This is evident from his Milk stool, which is really a stunningly beautiful piece of furniture – an elegant design flawlessly executed – but also from his Precious project, where he focuses on bringing a new lease of life to objects that have been damaged or broken. What’s especially interesting to me is Staffan’s use of 3D scanning and printing, technologies that are becoming increasingly affordable and ubiquitous.

(I have a deep interest in design… my grandfather was a printer/photographer and my father a graphic designer, so I feel as though I’ve been surrounded by design in some way for most of my life. Even though I decided a long time ago to focus on a career in software, I’ve found over the years that working for a design software company such as Autodesk is a perfect fit for my background and interests. Which is one of the reasons I’m still here… :-) 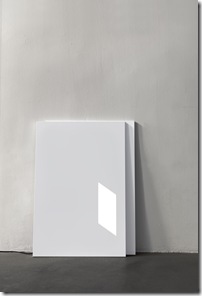 Anyway, I’m really glad I decided to make my first visit to Milan Design Week. The SaloneSatellite show was really interesting – full of interesting products from upcoming (primarily furniture) designers. Staffan shared a stand with Daniel Rybakken, who won this year’s best in show award for surface daylight, a very cool LED-based lamp that gives the effect of daylight striking the surface of a canvas. Daniel talked to me about the use of LED and how what is often perceived as a cold light - especially when you place an LED-based bulb in a standard lamp - can actually give a much warmer feel if set in the right context.

I took a number of videos at this year’s SaloneSatellite (as well as on the way there and back), in case you’re interested, numbered in the order I took them. Here is the segment I recorded specifically at Daniel and Staffan’s stand. As I was wandering around the show I talked into the back of my Flip – not too loudly, as I felt like a crazy person as it was, so my apologies if you have trouble hearing my descriptions over the background noise. I projected my voice a little more clearly during the chat with Staffan, at least.