« Using .NET reflection with AutoCAD to change object properties - Part 2 | Main | This one made me smile... »

We’ve been talking to ADN members (under non-disclosure agreements) for a number of months about the 2008 family of Autodesk products, and with these products officially announced I can now talk more publicly about their features and APIs.

This week I’ll focus on AutoCAD, but I plan to describe the new feature-/API-sets of other Autodesk products over the coming weeks.

So what’s new in AutoCAD 2008? There are a number of very interesting new features and APIs, which I'll talk about in coming posts, but for now I want to address the more fundamental question around application migration. Firstly, AutoCAD 2008 is a binary application compatible release, so applications built for AutoCAD 2007 should just work with AutoCAD 2008 (with the exception of needing to update installers to deal with the new Registry location - under "R17.1" - for demand loading keys etc.). For some background information on binary compatible releases, see this previous post.

One of the big news items for some users of AutoCAD is the availability of a 64-bit version of the product. 64-bit AutoCAD 2008 will behave almost identically to the 32-bit version, but will allow users to work with much larger datasets.

One issue hit during development was around the use of VBA, which is simply not available as a 64-bit component. 64-bit AutoCAD runs VBA in a separate 32-bit process, which does have some impact on the performance of VBA applications.

I’m sure many of you are interested in the impact on your code of supporting a 64-bit platform. Here’s a brief synopsis:

Let’s now take a closer look at the changes to ObjectARX. One thing I do as a matter of course when looking into a new version of AutoCAD is to perform a “diff” on the API headers and samples in the ObjectARX SDK. The tool I’ve used for a number of years now is called WinMerge.

The process gives you a really good feel for a few things:

The good news is that the changes needed in ObjectARX code to support 64-bit are actually very minor (honest!). A number of datatypes have changed to become “polymorphic”, which means their underlying datatype depends on the platform.

This is copied from the 64-Bit Migration Guide that ships as part of the 64-bit ObjectARX SDK:

Here’s a quick snapshot of the aforementioned guide – it’s quite comprehensive (which is great), but you shouldn’t assume this means 64-bit migration is very complicated: almost everyone who has so far undertaken a port to 64-bit of their ObjectARX applications has found it to be a straightforward process. 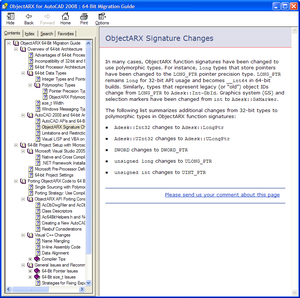 To give you an idea of some of the changes, here are some (somewhat randomly) selected - but quite representative - snapshots of differences between the samples on the 2007 and 2008 SDKs: 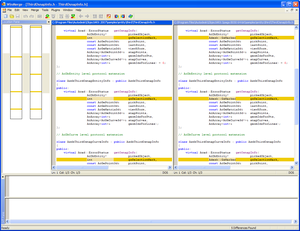 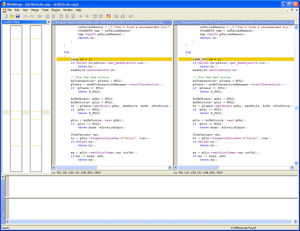 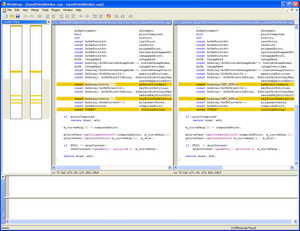 For a more comprehensive look at the migration requirements around 64-bit – including information on VBA and ObjectARX – please watch this presentation: AutoCAD 2008 - 64-bit Porting Considerations. The slides in the recorded presentation include some confidentiality notices which can now safely be ignored. Oh, and for those of you who prefer to watch this offline, here's the presentation as a download (at about 26 MB)

My team is working hard to capture more of the content we presented at our recent DevDays events – I’d be very interested to hear any feedback you have regarding how useful you find this presentation recording.

In my next post we’ll look at some of the new APIs available in AutoCAD 2008 and corresponding samples available with the new ObjectARX SDK.